I used to be a regular at Sportsman’s in its former iteration, before it got a little long in the tooth and rundown. And then it went dark. Recently, however, a group of friends bought the building and decided to resurrect Sportsman’s, and in doing so, they’ve managed to preserve all that was good about the place while adding some nice, new touches.

First things first — the owners did a nice job refurbishing and improving the physical space. Of course, there’s a dedicated place for video gaming. But more importantly, they opened things up, scrubbed everything down, added some high tops, re-did the bar and overall, brightened things up substantially. The addition of large screen TVs is also welcome for sports enthusiasts. We particularly liked that the original brick walls were uncovered and are highlighted, especially at the bar.

My guests and I had come to Sportsman’s a month or so ago right at noon, only to find that the place was packed. We visited with some friends who were dining, and because we were in a rush, we decided to grab a bite someplace else.

This time, we showed up around 11:45 a.m., and although again quite crowded, we were able to get a table. Crowds like this speak to Sportsman’s success.

Our trip to Sportsman’s was part of a regular chili tour involving a group that samples as many tavern chilis as they can, so we all started with a bowl of chili.  Everyone in the group has different ideas of what makes good tavern chili. However, the group was unanimous in its opinion that it was the Platonic ideal of tavern chili. I thought that the addition of raw onions elevated the dish and added some pop but others disagreed. Wise of Sportsman’s to offer that, and cheese, as a side. Individual comments included: 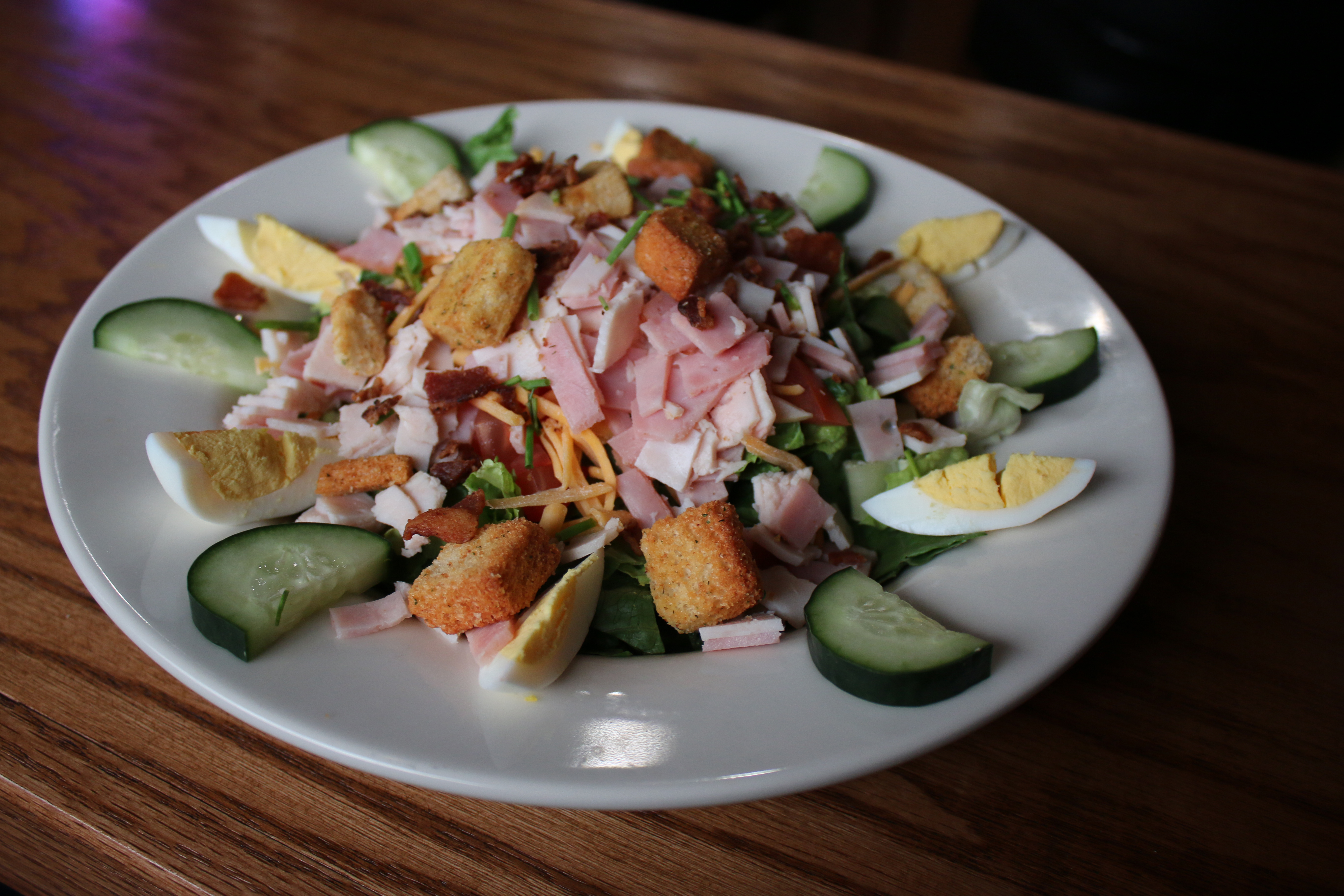 The menu is typical for this genre and included things like chicken wings ($11 per pound), loaded fries or tots ($8), some salads ($5 to $12), the fried bologna sandwich ($8) and fried catfish ($12, $9 for half order) All sandwiches come with one side and a cup of chili can be substituted for $2. Unlike some places where the menu can read like a novel, Sportsman’s is a focused menu. To us, that means that everything on it is likely to be made fresh and with quality ingredients — a judgment that proved true. One request: please put livers and gizzards back on the menu.

As the group usually does, we all opted to share some entrees. It being Sportsman’s, two of us went with the breaded pork tenderloin ($14 for full, $10 for half).  Recalling the size of their tenderloin back in the day, we opted for a half, and it was plenty of food for two people. We saw a few people order the full, and it was a behemoth — enough food that a doggy bag would certainly be in order. It was obviously house-made and not prepackaged, with just the right amount of breading. Paired with some delicious tater tots that had just the right amount of salt, it was as good, if not better, than what I remember from Sportsman’s former life.

Two others decided to split the club sandwich ($10) with fries. It was generously sized, and the bacon was that perfect stage where it was just pliable enough that it didn’t disintegrate at the first bite. I’m a huge fan of the club sandwich, and based on my friends’ praise of Sportsman’s version, it will likely be my choice on the next visit. They liked the fries as well, but based on the fact that they kept sneaking tots from our plates, I gathered that they preferred the tots. 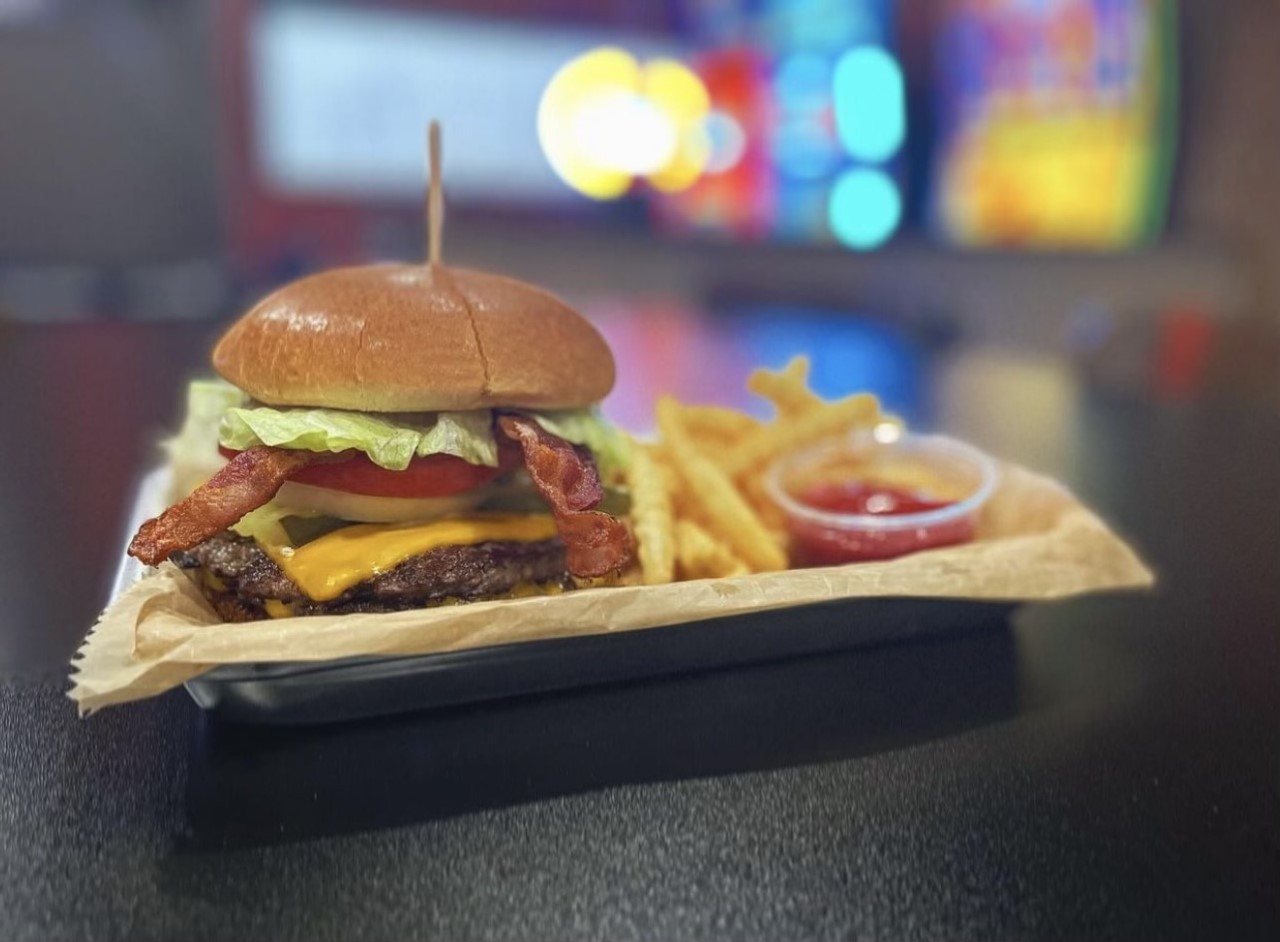 Our final two guests went for the fried bologna sandwich ($8). They each said it reminded them of theirchildhood, down to the French’s yellow mustard that’s at every table. The bologna looked like it had been browned just enough to perk up that salty fattiness we all crave in cured pork products. One of the tasters noted with approval that Sportsman’s scored the bologna slices so that they didn’t buckle or warp, which goes a long way to increasing that browning.

As with so many places anymore, Sportsman’s seemed a bit short staffed during our visit. Still, despite being packed, the servers all backed each other up and deftly handled our split entrees by bringing us extra plates.

Welcome back Sportsman’s. You’re a nice addition to the Springfield dining scene.