Damond Boatwright, 49, became president and CEO of Hospital Sisters Health System in June, making him both the first man and African American to hold the top administrator position. Before coming to Springfield, Boatwright served as the regional president of operations and chair of the hospital board at SSM Health Wisconsin near Madison. He is a native of Charleston, South Carolina, and graduated from The Citadel, where he also played football. His wife, Dr. Makeba Williams, is a practicing physician and the couple has two children, Damond Jeremiah, 9, and Shelby Ruth, 7.

What did you want to be when you were younger?
When I was a kid, I loved watching “Matlock.” I thought it was so cool how he wore seersucker suits and always had a great big smile on his face while he was out there solving crime.  Everyone knew who Matlock was! Because of him, I wanted to be a country lawyer, but things obviously went in a very different direction.

How did you get into health care?
I had just graduated from The Citadel and was coming out of noon mass at St. Michael’s Church in Charleston, South Carolina. A woman happened to see the graduation ring on my hand and asked me if I had gone to The Citadel. I told her I had just graduated from there three weeks prior, and she wanted to introduce me to her husband. As it turns out, her husband was Frank DeMarco, who, at the time, was a high-level executive working for one of the largest health care companies in the world.

He asked me what my post- graduation plans were, and I told him that I was on the waitlist to get into Duke. My plan was to spend the summer with my friends until I got into law school, but he gave me his card and told me that he thought I could have a career in hospital administration. A few days later, I met him for lunch. After our meeting, I took his advice and decided to go to graduate school instead of law school. I’ve been in health care ever since, and I truly believe meeting Frank’s wife, Karen, on the steps of that church was divine intervention.

What’s the best part of your job?
I love meeting people from all walks of life. Working in an environment where I can help solve problems for people brings me great joy, and I truly feel like this is what I was meant to do. It’s not often that you have the opportunity to marry together your personal faith with your professional aspirations. As a Catholic man with a Catholic family, working for a Catholic organization is something I always knew I would want to do.

If you weren’t in your current role, what would you like to do professionally?
That’s easy; I’d love to be a master barbecue cooker. Let the record reflect that I have paid my dues, and I happen to be a member in good standing of the Kansas City Barbecue Society. I am a certified barbecue judge! On weekends, my wife and I used to travel to barbecue festivals all around the country, and I loved meeting different, interesting people who all had the same goal in mind: to eat great barbecue and have a good time. When people come together in one place for a particular reason it’s always a unifying, positive event, and I enjoy being involved in that. 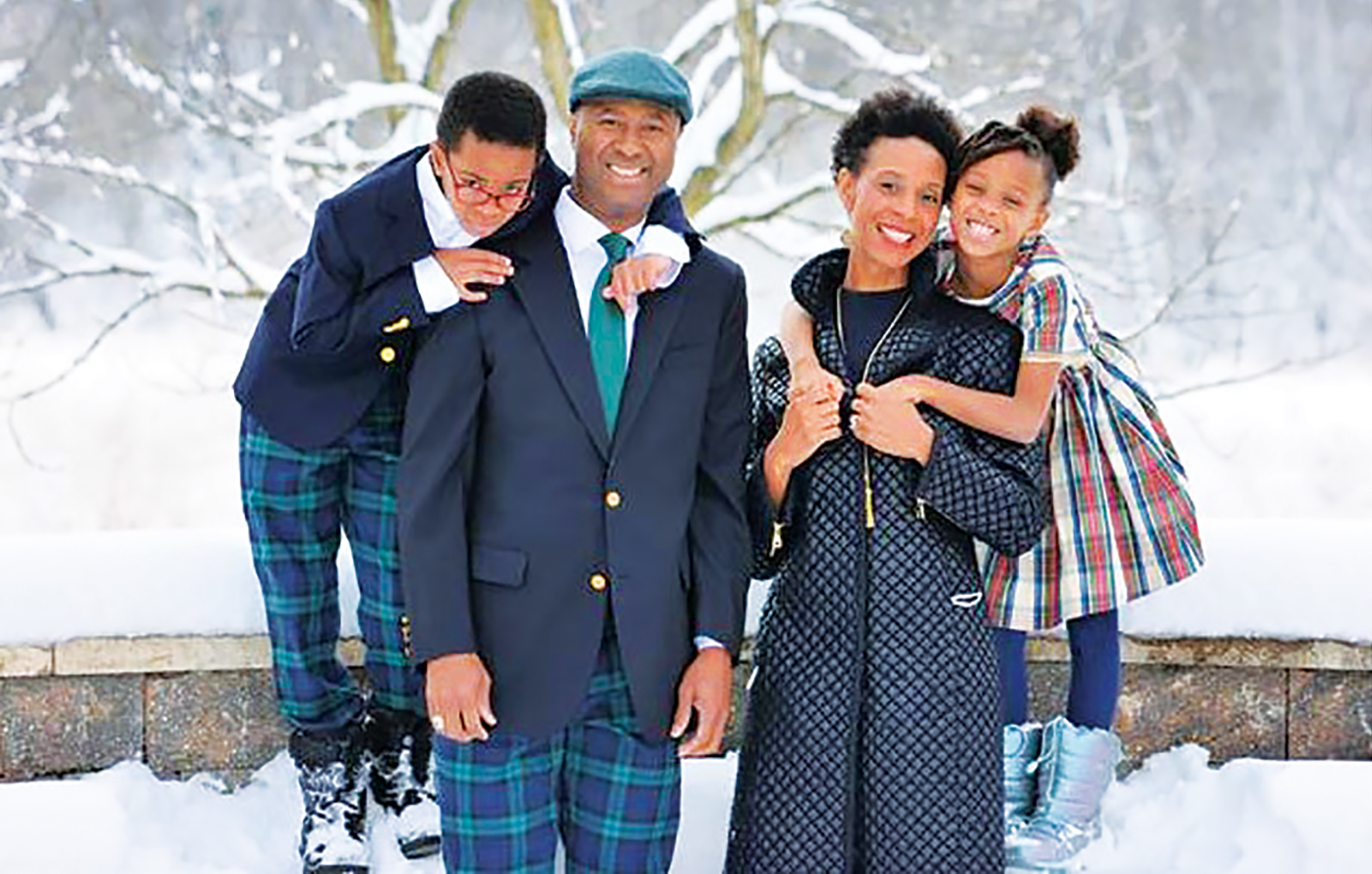 Do you have a life motto?
When I was a baby, my grandmother would rock me to sleep and whisper Jeremiah 29:11 into my ear. It’s a quote from the Bible that says, “For I know the plans I have for you,’ declares the Lord, ‘plans to prosper you and not to harm you, plans to give you a hope and a future.’” I believe this to be true not just for myself, but for everyone. I believe we all have divine providence on our shoulders.

What advice would you give your younger self?
I didn’t leave my hometown until I was well out of college. During my teens, there was no way that I would have left my comfort zone, and all I knew growing up was what surrounded me. I marvel at people who travel the world or study abroad, though, so I would have told my younger self to embrace new opportunities and not to fear change. If I had started traveling around the world or the United States sooner, I think I would have broadened my entire perspective on life.

What does your future look like?
I hope to fulfill the rest of my career working for an organization that aligns with my personal values. I’m very optimistic about the opportunity to build a lasting, strong, healthy culture at St. John’s Hospital so that we can do more good in the world. I’m looking forward to raising my family in the Midwest, and I’m excited to see what kind of barbecue Springfield has to offer!