Carole Keating’s entrepreneurial success can be simply summed up.

“I really don’t take ‘no’ for an answer,” Keating said. “If I hit an obstacle, I always keep going. That pretty much sums it up, perseverance and hard work.”

That perseverance has paid off, most recently with Keating’s acquisition of Egizii Electric, located at 3009 Singer Ave. in Springfield. It’s just the latest business move for the Springfield woman who also has her hand in a variety of businesses that include storage, entertainment, equestrian and firearms.

“I’ve pretty much always been an entrepreneur,” Keating said. “I started with the storage units and kept growing them through the years.”Keating, a Springfield resident for 35 years, began her business mini-empire with Capitol Storage, offering climate-controlled storage, household storage, document storage, truck rentals and auction services.

She recently sold the largest portion of the units but still has units at four locations – Dirksen Parkway, Taintor Road, Peoria Road and Great Northern Drive, plus an additional location in the Scott County community of Winchester.

“I’ve been in the rental business for most of my adult life,” Keating said. “It has been a really good career for me; I love what I do.” 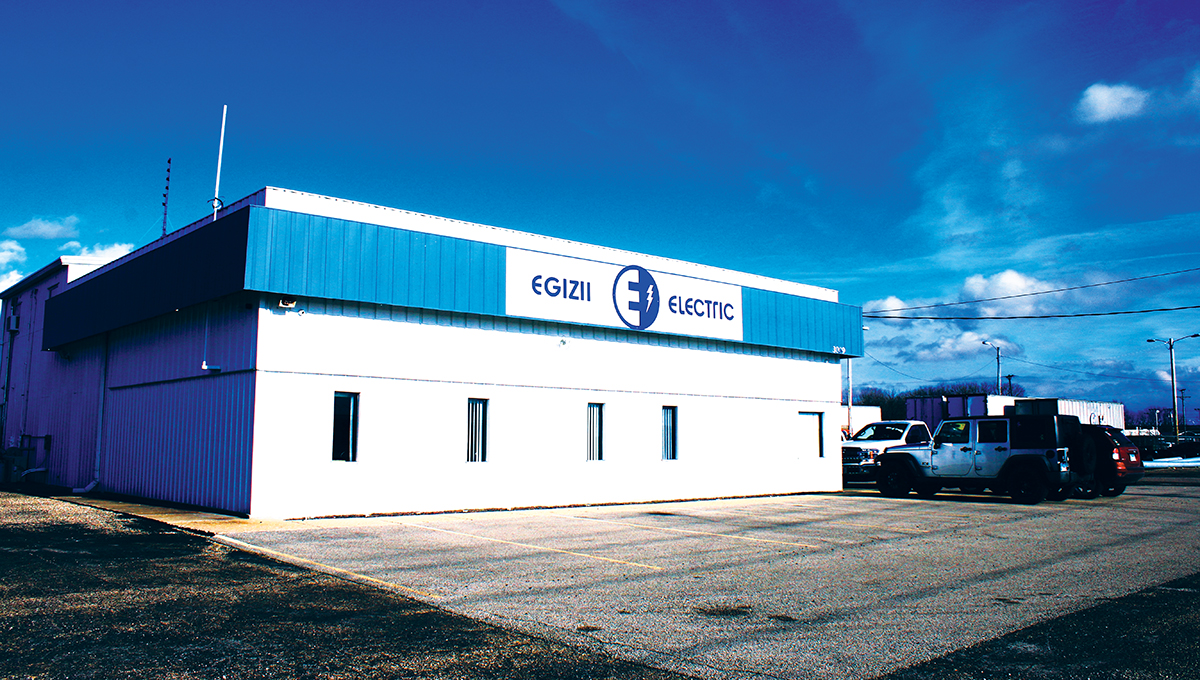 Carole Keating purchased Egizii Electric last year and it is now a designated woman-owned business with the state of Illinois. Photo By Stacie Lewis

Last year, Keating purchased Egizii Electric, an electrical contractor serving the central Illinois area that provides electrical construction, low voltage, traffic and maintenance services. Obtaining the business wasn’t necessarily in Keating’s long-term plan, but she recognized the possibilities and decided to act. “There was an opportunity, and we took advantage of it,” Keating said, who noted the business is now a designated woman-owned business (WBE) with the state of Illinois.

Keating will retain the Egizii name for the business and has also kept Egizii’s employees and equipment. Her son, Michael, works with her as a project manager in the business.

Another recent investment has been the Boondocks Gun Club on Buckhart Road outside of Rochester, formerly owned by the late Sonny Siddens. The gun club is a federal firearms licensed dealer and features a public indoor gun range, range simulators, concealed carry classes, gun safety classes and shooting leagues.

“Our whole family is gun enthusiasts and the club was for sale, so we decided it would be a good addition with so few gun ranges left in the area,” Keating said. “We just recently started a self-defense class for kids and adults in January.”

The Boondocks name is borrowed from Boondocks Pub, which Keating has owned and operated since 2012. The pub is billed as central Illinois’ largest live music venue and the 9,000-square-foot, warehouse-style operation is located off of Sangamon Avenue near Interstate 55. The club won the Academy of Country Music’s (ACM) Small Club of the Year award in 2016. Boondocks has hosted headliners such as the Charlie Daniels Band, Dwight Yoakam, Gary Allan, Tanya Tucker, Florida Georgia Line, Jon Pardi, Cody Johnson, Randy Houser and many others.

Boondocks Pub won the Academy of Country Music’s Small Club of the Year award in 2016.

Boondocks Pub typically showcases national and local acts plus holds fundraising events, but the past year hasn’t been normal.

“We wanted to start a live music venue in 2012, and it had been very successful until COVID hit,” Keating said. “We are like all the other small businesses, just holding on until we can open our doors again,” who said the club will resume normal operations as soon as the statewide restrictions are eased.

“Nashville is anxious to get back to Boondocks and feature their artists. We still talk to them on a regular basis and have some great acts ready to go,” said Keating.

Like the gun club, another of Keating’s business ventures is based on a family interest. Keating and her daughter, Morgan, are avid equestrians and 15 years ago she parlayed that enthusiasm into another business, Capitol Stables in Sherman. The stable offers boarding services and its professional on-site trainers provide start-to-finish training for horses. The location also offers riding lessons for beginning to skilled riders in both Western and English style.

Keating, who is married and has three children, said the Springfield area offers good opportunities for entrepreneurial women, and credits one industry in particular that has served her well during her career.
“I think we have a good banking industry in Springfield,” Keating said. “I wouldn’t be as far as I am today without good, supportive bankers.”

In addition to her business ventures, Keating also had a 20-year, part-time career with the 183rd Fighter Wing where she retired as an E-7.

Despite juggling a diverse portfolio of businesses, Keating spends time with her family in the aforementioned equestrian and shooting sports, plus she enjoys going to Cardinal baseball games.

She also follows her youngest son, Bradey, in his sporting activities and says she hopes that he will eventually join one of the businesses, along with his siblings.