Springfield lost two community-minded entrepreneurial giants, Louis Myers and Arnold Stern, within the first week of September 2020. Though Stern and Myers were three years apart in age, they were lifelong friends who had much in common, beginning with primary education at Butler Elementary School followed by graduation from Springfield High School, according to Myers’ son, Steve.

Neighbors for more than 50 years in Springfield’s west-side Wildwood subdivision, both the Stern and Myers families traced their immigrant roots back to Europe, with Myers’ ancestors arriving in Springfield in 1865 and the Sterns in 1902. Both men served in the military after college, and later became firmly established in their families’ multi-generational companies, which have been a part of Springfield’s economy for decades.

In 1951, Stern graduated from the University of Missouri where met his future wife, Doris Pressman. Shortly after graduation, the newlyweds headed to the Panama Canal Zone, where their son was born while Arnold was serving as a second lieutenant in the United States Air Force. In 1953, the couple set up residence in the Pasfield Place Apartments, where they made many lifelong friends, before building their home in Leland Grove. 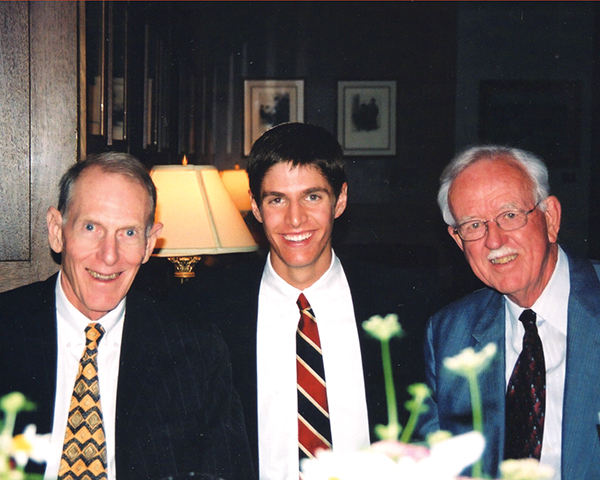 After returning to Springfield, Stern joined his father and brothers in the family’s furniture business, which had operated since the 1930s in the thriving downtown. In 1971, Stern’s Carriage House opened at 2700 W. Monroe and Stern’s Furniture later moved to a west-side location as well. Through it all, community service and civic philanthropy were priorities for Stern, who served as board president of Springfield’s First Federal Savings & Loan, Greater Springfield Chamber of Commerce, Goodwill Industries and other charities. Stern was known for being the first Jewish president of the Sangamo Club, while his wife, Doris, was the first Jewish member of Springfield Junior League.

Myers also joined his father and brothers in the family business, located in downtown Springfield. Early in his career, Myers spent 18 months working for Macy’s Department Store in New York City, which was an invaluable experience that he brought to the Myers Brothers Department Store in downtown. According to son Steve Myers, “We always had the best display windows in Springfield, because our window dressers were also trained at Macy’s.”

As with the Sterns, real estate property management and development became part and parcel of the Myers family’s growing business as Springfield evolved into the next century. 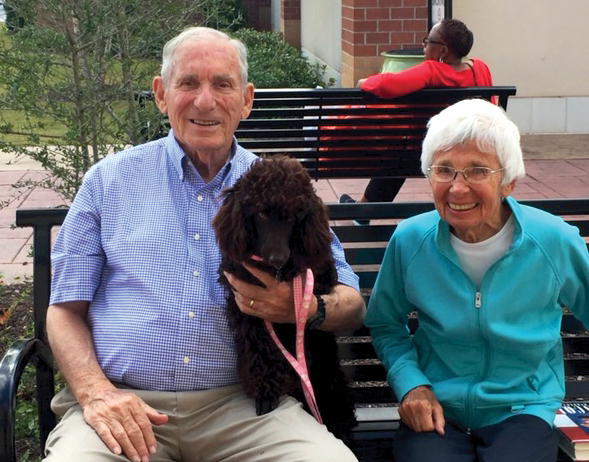 Known as Pop Pop, Stern loved and treasured his son, two daughters and grandchildren. He kept a rigorous schedule of daily lunches and dinners with his friends. Those dates, which were considered by him to be “sacred appointments,” were so well-known to his family and friends that they would know with whom and at which restaurant Stern would be, based on the day of the week.

Myers, the father of two sons and one daughter, was affectionately called Par by his grandchildren. He and his wife, June, were members of First United Methodist Church for nearly 60 years. They enjoyed spending winters in Mexico and summers in a restored caboose on their farm outside of Springfield, sharing their love of hard work and sweet corn with family and friends.

According to son, Steve, his father is credited with the founding of Springfield’s Boys and Girls Club and the Sangamon County Crime Stoppers organization.

“He believed in service to the community and philanthropy, and now it’s my turn,” said Steve.