A Q&A with Evelyn Brandt Thomas

A Q&A with Evelyn Brandt Thomas 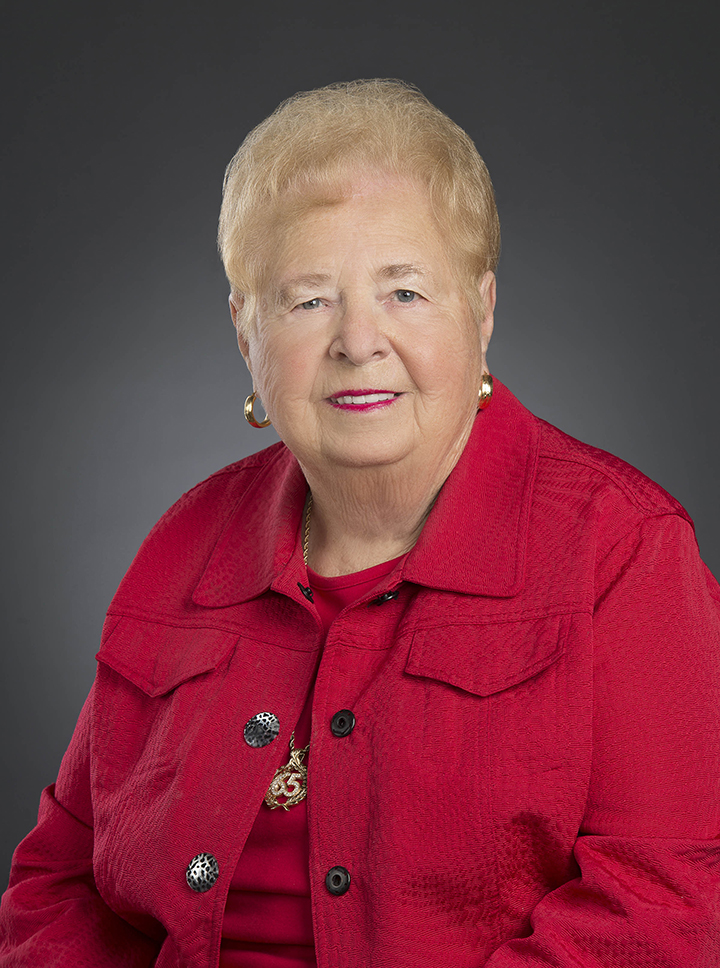 The Brandt name is well-known to area residents, if only from seeing it on the side of the large office building at the corner of Koke Mill and Hedley Road. Others may know of the company due to its sponsorship of NASCAR driver Justin Allgaier, a Riverton native. But rarely would an up-and-coming business owner have the opportunity to hear firsthand how this global enterprise all began. SBJ asked co-founder Evelyn Brandt Thomas to talk about what it was like starting out and her advice to young business owners.

When were you born?

Do you have any siblings?

You went to college at a time when higher education wasn’t a common path for many women. Can you tell me more about that?

Before college, I went to Springfield High School. While I was there, I took two years of shorthand, typing and bookkeeping. I knew that a four-year college was out of my reach, though. Instead, I attended the Illinois Business College and took accounting classes.

How did you make the switch from accounting to agriculture?

I was raised on the farm, but aside from keeping the Brandt family farm’s financial records, I was not in agriculture when the company started. In 1953, when my brother, Glen, came back from the service, dry fertilizer was being sold in 50-pound bags but no one was using liquid fertilizer.  It was clear to us that there was a need for it. Honestly, we were just in the right place at the right time.

Glen and I were a good team; we were pioneers, really. My strength was in keeping the financial records and Glen had the gift of gab. He was a great salesman, so he ventured out to speak to some farmers about the benefits of liquid fertilizer, which was being manufactured and sold in Illinois. Originally, our motto was, “All You Have to Do is Lift the Hose.” Our first customer let Glen apply the fertilizer to his field, and after the application, he told us that it looked like water to him. Harvest came, though, and it was apparent there was more in that spray than plain water. In the beginning, those fields were our advertisement; seeing was believing.

In the beginning, did you have any struggles?

Oh, yes!  It was not an easy time for us. Sometimes we didn’t cash our paychecks because farmers couldn’t pay us until the end of the year when they filed their tax returns.

Did you ever envision Brandt would become such a global success?

Heavens, no!  It was gradual. Almost every year we had encouraging numbers, but we had some bad years, too. We’ve had peaks and valleys and many times we’ve had to tighten our belts, but we’ve weathered the storm and it’s been a wonderful 67-year journey for me.

You can’t imagine all the advancements I’ve seen in the agriculture business. When we started, farmers were averaging 50 bushels of corn per acre. Now they average around 300. It’s been awesome to have a part in that.

What advice would you give someone thinking of starting a new business?

Don’t give up. You have to believe in yourself. I think the number one rule of starting a business is that you have to trust your product and know what you’re selling. Develop an honest relationship with customers and when your business becomes successful, give back to your community. Quality, service and integrity are very important.

Also, surround yourself with the right people. Fortunately, we have a fabulous team and everyone always gives us their best effort.

If you could go back and tell your younger self one thing, what would it be?

Always keep your mind and body busy, and be involved in something. Don’t sit and twiddle your thumbs while the world goes by.