Telling time and tales of history

Telling time and tales of history 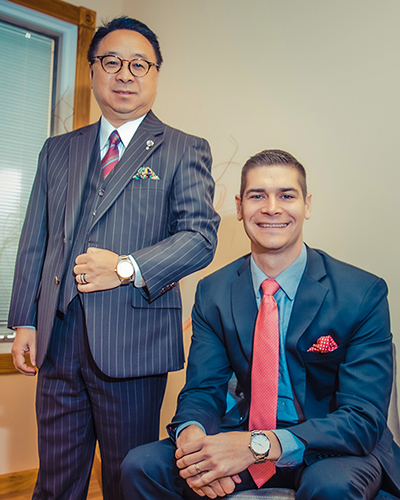 How many times a day do you check the time? Under the influence of mobile phones, clocks are mere decorations and watches seemingly irrelevant. After all, the time is always there, insistently peaking at us from the top of our screens.

But something strange has happened in the era of smart watches. According to one of the co-founders of a new Springfield-based watch company, Tyler McKay, “Sales of good old-fashioned wristwatches have increased every year for the last five years.” Once ubiquitous, today the watch has become a wrist-based statement. “Wearing one is about much more than telling time,” continued McKay. The wristwatch, whether vintage or contemporary, high-end or budget-priced, “tells a story, and tells the world about the wearer.”

The just-launched Sangamon Watch Company is, in the words of McKay’s business partner, Brian Su, “all about storytelling.” China-born Su and central Illinoisan McKay seem like an unusual team, but they are both inspired by local history and inspired by a passion for excellence in both design and technology.

“I came to America after the Tiananmen Square protests of 1989,” Su explained.  “I was drawn to the stories about Abraham Lincoln, his life and example, so I moved here to Springfield.” He studied business and finance at then-Sangamon State University and now has three decades of international business experience.

McKay is a sixth-generation Illinois farmer who traded raising livestock for business and entrepreneurship at the Gies College of Business at the University of Illinois. McKay said, “I knew I wanted to launch Sangamon Watches while I was completing my MBA.”

“Sangamon Watches is part of a movement called ‘micro brands,” continued McKay, which leverage the global supply chain. “We’ve created a unique branding story, based on the rich history of this area, and are able to come to market with a product appealing both to those familiar with that history and to hard-core watch collectors around the world.”

Sangamon Watch Company creates classic dress watches, hand-assembled in limited quantities, and each one is based on an inspirational American story. The new company is named after the Sangamon River, which features prominently in the life of young Abraham Lincoln. Co-founder Brian Su said that when he moved to central Illinois, he learned that Springfield was previously home to one of the finest watchmakers in the United States – the Illinois Watch Company. It operated for 61 years, building nearly six million watches with 1,200 employees at its peak. Railroads across the world used its technology.

According to McKay, “The quality and design of the Sangamon Watch Company’s products makes it a worthy successor. The company has a global team, a headquarters here in Springfield and a commitment to quality over quantity. We work with trusted manufacturers and small-batch production yields precision and reliability.”

The first product series for the Sangamon Watch Company is appropriately titled ”New Beginnings,” and is available now online in a limited edition of only 500 watches. McKay said, “They are potential collectibles that can be worn every day. The engraved backside of these watches depicts the moment in 1831 when young Lincoln navigated down the Sangamon, eventually getting his boat stuck on a mill dam at New Salem. Lincoln showed ingenuity and leadership skills in maneuvering away from the dam, impressing many of the locals who had gathered around to watch.”

The next series will be called “Freedom,” and honors American heroes who fought for liberty. Watches from this limited-edition series will be available for pre-sale in late March.

The watches come in a fine wood presentation case, with background information on the inspirational stories. McKay explained, “Whether you wear one for the story or the great look, they are a superb value and a fine new way to show your pride in our region.”

If you are wearing a smartwatch now, or if you haven’t worn a wristwatch in years, try on one of the Sangamon Watch Company’s products. It could change your thinking about time, about history, about Springfield, and perhaps even your self-image.

Dennis Thread is a freelance writer and creative director who believes that great design can make the world a better place. He lives in Springfield.