Three Twigs Bakery reopened Jan. 7 after a week-long holiday break which also allowed time for remodeling the interior of the store. It’s been a whirlwind year for Emily Lewis, who relocated to the former Free Press Coffee space at 1370 Toronto Road last January after previously occupying part of Custom Cup Coffee’s space downtown. The move to Toronto Road allowed Three Twigs to expand its menu and double the kitchen space, which Lewis said was necessary to keep up with an increasing number of orders for wedding cakes and other special events.

Lewis is now preparing to expand again, this time with a café on the west side that will serve breakfast and lunch, in addition to offering baked goods. While Lewis had been toying with the idea of opening a café, she said she decided to pursue it after seeing an article in Springfield Business Journal’s newsletter a few months ago.

“I follow the Biz Bites newsletter to keep up with what’s going on, and I had read that Tacos Pepe closed,” said Lewis. She and her sister drove by the shopping center and realized it was a corner space with good visibility and traffic counts. “I live in that neighborhood, and it’s a busy area with a lot of families,” she said.

“I reached out to Jose (Lopez) through Facebook, just a random message to ask what he was doing with the space now,” said Lewis, referring to the owner of Casa Real and the now-defunct Tacos Pepe.

Despite the fact that they had never met, Lopez quickly responded to the inquiry and Lewis said when he showed her the former Tacos Pepe space she realized it was ideal. “There was a ton of beautiful equipment left from the previous tenant, Smashburger,” she explained. “What an opportunity to basically walk in and have that set up. I always felt that when the opportunity comes (to have a café), I’ll seize it.”

The next step was to meet with John Pruitt, the property owner, and reach an agreement that would allow Lewis to finish out Lopez’s remaining lease. Although Three Twigs Bakery is a relatively new business, Lewis said she was able to convince Pruitt that the café would be a success. “People are already going to be into it because we have a big following for Three Twigs,” she said. “He gave us a great opportunity and was willing to work with us.”

Lewis said she hopes to have the new location at 2601 Chatham Road open by March 1. While she described the kitchen area as ideal, “the front has a lot of work to be done,” and she and her family are in the process of remodeling it themselves. The Toronto Road location will continue to offer a small breakfast menu, including coffee and espresso, but the focus there will remain on “pumping out cakes and cupcakes and doughnuts,” along with wedding cake tastings and special orders.

Besides supplying baked goods to be sold at the new café, Three Twigs Bakery is also wholesaling products to Kennedy Sue, which recently moved to a new, larger location at 3014 Montvale Dr. and now has a bistro area in the store. The most popular item sold there is sugar cookies, which Lewis makes in the shape of a peace sign to reflect the Kennedy Sue logo. Lewis says she’s open to exploring other partnerships with local businesses and is also collaborating with Redbud Coffee and Whimsy Tea to offer their products at the bakery. 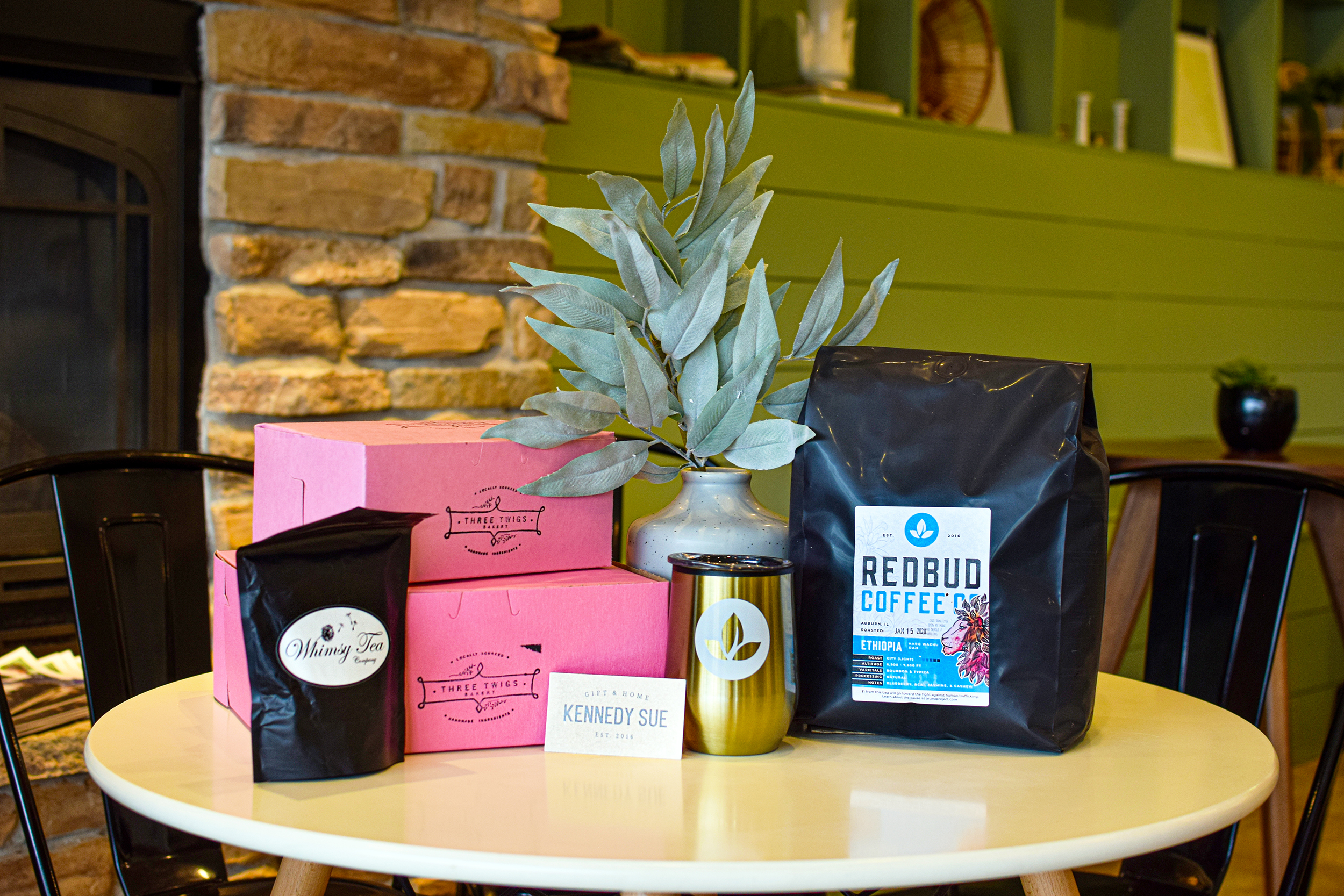 Redbud Coffee, based out of Auburn, began supplying coffee to Three Twigs Bakery at the beginning of 2019 and by the end of the year Lewis said she had entered into an agreement with the owner, Konnor Dudley, to be the exclusive supplier. She also recently partnered with Gordon Davis of Whimsy Tea who is part of the business incubation program at Innovate Springfield and recently completed the Co.Starters program there.

In addition to expanding the business, Lewis and her husband, Tim, expanded their family this year with the birth of a daughter, Esther Jean, on Nov. 6. Tim Lewis helps out with the business in addition to his full-time job and his sister, Abby, currently manages the Toronto Road location. Nathan Peak, who most recently worked for American Harvest, has been hired to manage the new Chatham Road location.

“It’s a family effort, and I think we’re all really going to work well together as a team,” said Lewis.  “It’s bittersweet, you feel bad about another small business not making it, but I think it was meant to be for us.”