Springfield area to get its share of Rebuild Illinois funds

Springfield area to get its share of Rebuild Illinois funds

Forty-five billion dollars is a lot of money, and a portion of that will be spent in central Illinois as the projects funded by the Rebuild Illinois state-funded infrastructure program begin. Citizens should soon see workers on the job at several local road, university and state facility projects as the spring construction season opens.

“We are optimistic about it. It’s good for everybody, not only contractors but suppliers, subcontractors, just all the way around,” said Siciliano Inc. president Rick Lawrence. “It’s employing people, too. It’s a very positive thing.”

“There has been a drought in state work the past few years. There are a lot of state facilities that haven’t had maintenance done on them because the funds weren’t there, and this should open that up,” Lawrence said.

“Right now it’s kind of slow, so we are optimistic that we will be looking at a good amount of work coming up,” Goetz said. “The contractors pay a good living wage and I think that means a lot to a local community when contractors are busy and put the money back into the community several times over.”

Several high-profile construction projects are included in the Rebuild Illinois program. The Illinois Department of Transportation (IDOT) has a $137.4 million project that includes road reconstruction and additional lanes on I-55 between half a mile north of Sangamon Avenue to approximately 2.7 miles south of Illinois Route 123 in Williamsville. A construction timeline has not been established, but the project is part of the department’s multiyear plan covering fiscal years 2020 through 2025.

“IDOT is continuing with a study for adding lanes to I-55/I-72 from south of the Sixth Street interchange to north of the Sherman interchange,” said IDOT spokesman Paul Wappel. “It is anticipated that the study will be completed by the spring of 2021.”

The city of Springfield will receive $122 million for work on the 10th Street Rail Corridor including track improvements, grade separations and a new passenger rail station. Ground has already been broken on the latest phase, the $30 million construction of double-track rail bridges at Fifth and Sixth Streets, also known as Business Loop 55, as well as the Laurel Street underpass. Additional phases funded by the $122 million will include raising underpass vehicle height restrictions on Business 55 through the city.

“Once the immediate issues have been addressed, then an architect/engineer will begin to start planning for the renovation of the armory for the possible use of office space,” depending on direction from the Pritzker administration, Branham said.

Branham said there is $3.793 million in Rebuild Illinois to renovate and expand Sangamon Hall,  the student services building at Lincoln Land Community College. The governor’s office must release the funding for the project before it can proceed, she said.

The capital construction program also includes $35 million to construct a new Library Learning Student Success Center at University of Illinois Springfield, a 50,000-square-foot facility to be located between the Health and Sciences Building and the Student Union. UIS Chancellor Susan Koch has indicated the center will replace Brookens Library and contain the Center for Online Learning Research and Service, the Center for Academic Success and Information Technology Services. The funding for the project must be released before work can begin. 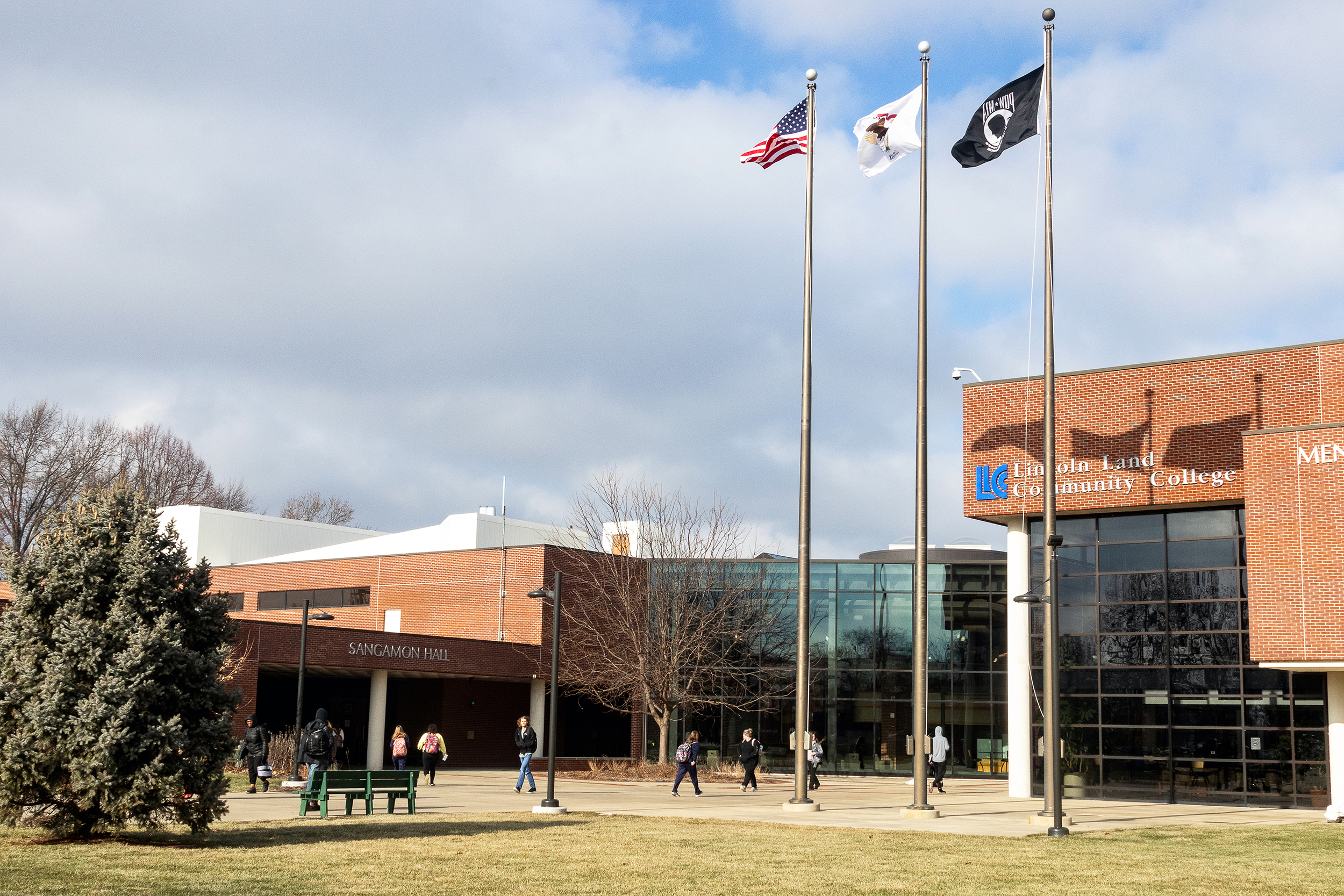 The Office of the Architect of the Capitol has $350 million in Rebuild Illinois funds for  upgrades and improvements to the State Capitol Complex. Capitol Architect Andrea Aggertt was unavailable for comment concerning what projects may be pursued with the funding. 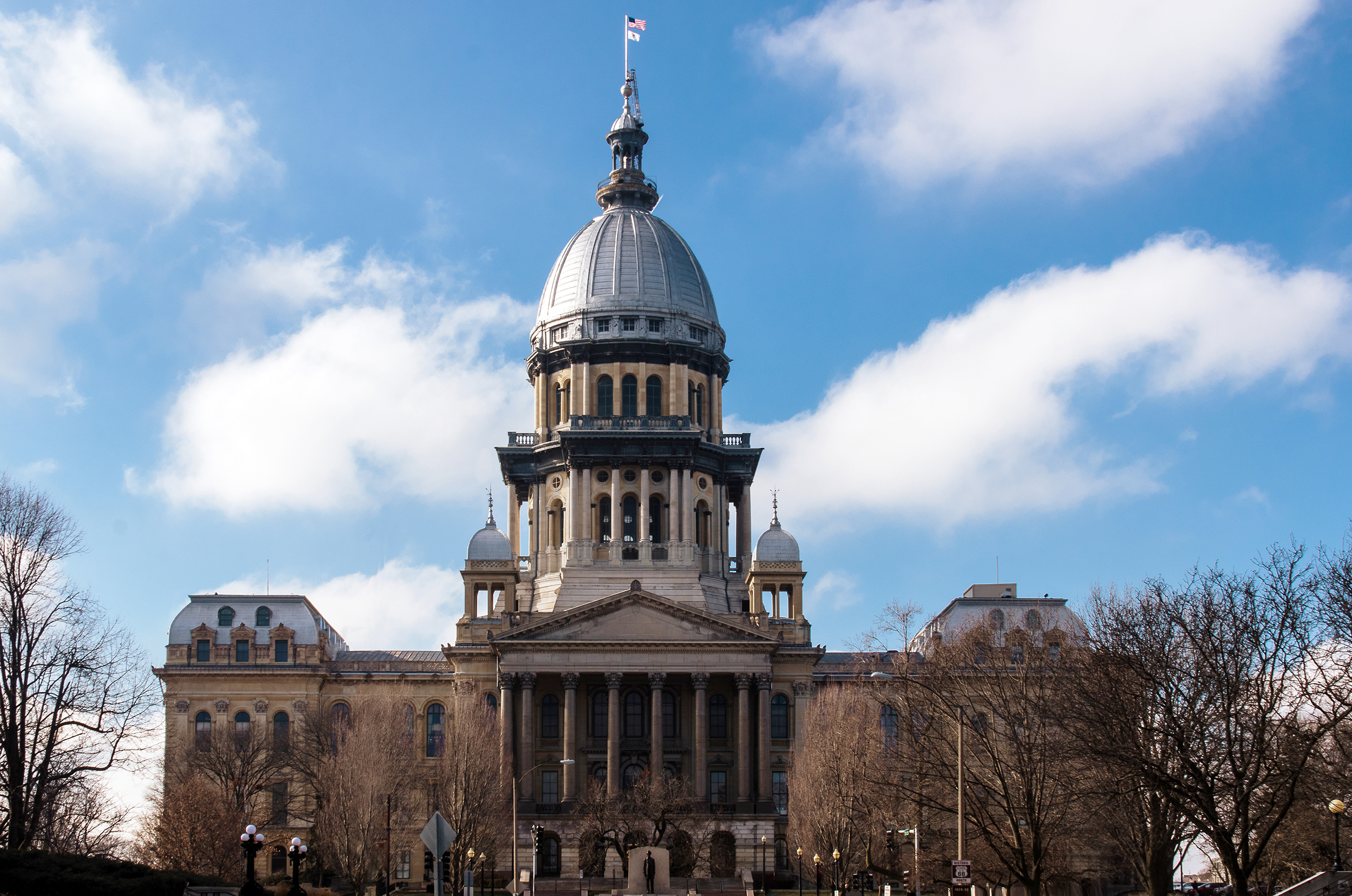 Various state-operated buildings, including a number in the Springfield area, may benefit from $400 million per year allocated to CDB for high priority deferred maintenance needs as they arise. Priority projects will include those at Department of Corrections and Department of Human Services facilities that house individuals around the clock and projects that promote health and safety at facilities around the state, according to Rebuild Illinois information distributed by the governor’s office. An additional $70 million is included for the installation of solar capabilities and other renewable energy upgrades at state facilities.

A total of $415 million in funding is provided for grades PreK-12 projects statewide including $200 million for school maintenance grants, a dollar-for-dollar matching grant program that provides up to $50,000 for the maintenance or upkeep of buildings for educational purposes. The Illinois State Board of Education is now accepting applications for the first round of school maintenance grants.

All of this work comes as good news to those who make a living in construction, according to Kevin Burke, executive vice president of the Illinois Asphalt Pavers Association and co-chair of Transportation for Illinois Coalition.

“It’s very difficult for any company to manage its operation when you have the peaks and valleys of recent state budgets, because you can’t gear up, buy a bunch of new equipment, hire a bunch of staff, for just one year,” Burke said. “The great thing about Rebuild Illinois is that it is sustainable funding where revenues will be growing over time, and contractors can now look five, 10, 20 years out and plan on how they want to make their investments.”

“Thanks to Governor Pritzker’s historic bipartisan Rebuild Illinois capital plan, the greater Springfield area will see investment in its roads, bridges, railways and other crucial pieces of infrastructure,” Underwood said. “Over the next six years, the capital plan will provide great jobs and transform Springfield’s communities.”