Architecture and engineering projects that reshaped the landscape in 2019

Architecture and engineering projects that reshaped the landscape in 2019

With construction in full swing at the corner of Fourth and Carpenter streets, Springfield’s newest YMCA facility is set to rejuvenate lives in Springfield’s medical district, creating a link between the Enos Park neighborhood to downtown and beyond.  According to executive director Angie Sowle, since breaking ground in March 2019, the 88,000-square-foot building has stayed “on schedule, just like clockwork.”

Under the principal leadership of Paul Wheeler of FWAI, the new two- story facility will replace the outdated downtown YMCA  and compliment the west-side Kerasotes YMCA facility at 4550 W. Iles Ave.

“Designing a building with focused programing to serve the urban core became a focal point of our three-year strategic plan in 2017,” Sowle said. Very quickly, Memorial Health System offered to become a partner and make the project happen sooner, rather than later, based on the success of cardiac, physical therapy and healthy living programming at the Kerasotes Y.  A major donor campaign, contributions from volunteers throughout the community and TIF funds from the City of Springfield made the goal a reality, according to Sowle.

When completed in 2020, the new facility design will accommodate more foot traffic and provide an expanded hot meal program, after school and weekend activities targeted to neighborhood kids and their families. Based on the needs assessment, the new building will offer twice as many swim lanes as the Y’s current downtown location and feature a zero-entry pool, ideal for water safety and swim instruction.

“The project is moving right along. We have 15 cast concrete panels in place, structural steel is showing up on the site and the pool surge tank is complete,” said developer Joe Hurwitz.

“We are so grateful for the support from Memorial, the city and the community and are excited for the opportunity to expand our reach. The building is the project, but the story is the people we can serve,” Sowle said. 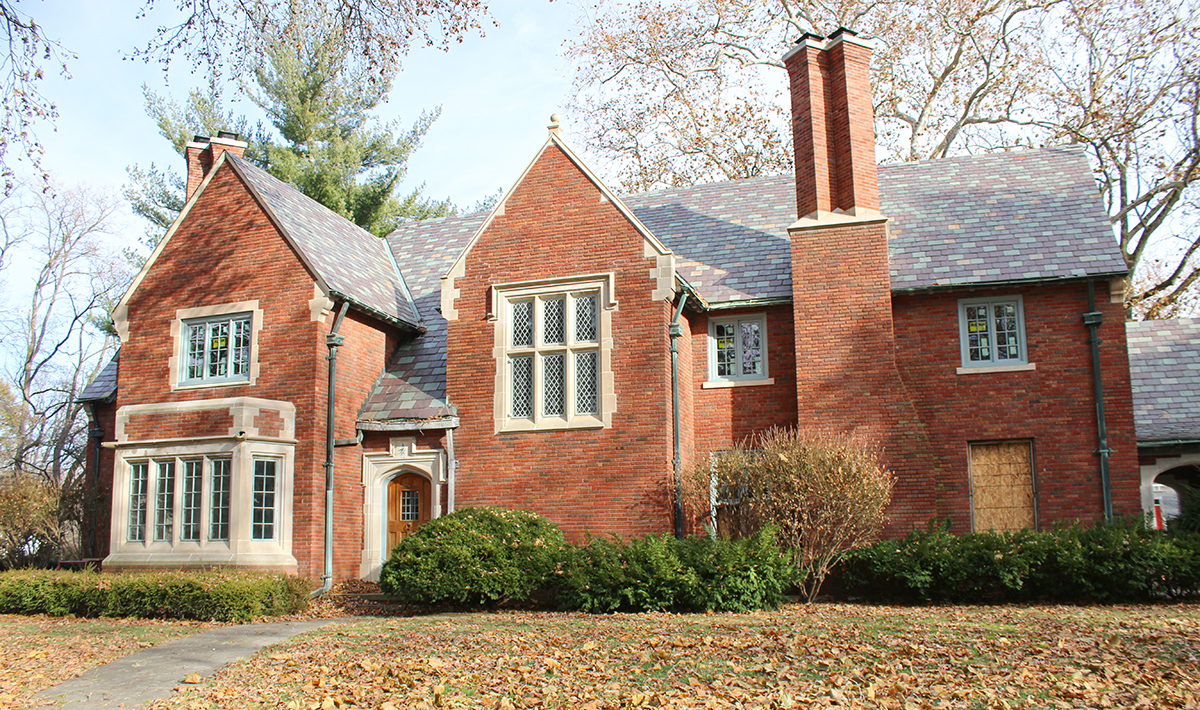 With an eye for preserving the historic features of one of Leland Grove’s stately homes, architect John Shafer of John Shafer and Associates is updating and transforming the residence at 1700 Wiggins to meet the needs of a 21st century lifestyle.  Shafer designed a plan that reconfigured an existing four-car garage, creating new living space above, connected by a second story hall over an arched walkway below.

“My biggest challenge was to meet the current owner’s needs while honoring the original style and historic integrity of this Tudor Revival-style house,” Shafer said.  By choosing to use compatible materials like Indiana limestone and custom divided-light windows, the new construction echoes the appearance and rhythm of the original structural clay tile and brick, limestone detailing and slate roof.

“It doesn’t matter if it’s from 1920 or 2020, what we see in good design is that it must be practical,” Shafer said. Typically, rooms were designed with windows on three sides to provide aesthetic appeal and also for better light and ventilation. “It comes down to common sense.”

Respecting the original architectural integrity of a building, while also providing what the owner wants takes design skills. “Anybody can do it – but not everyone can do it well,” Shafer said. 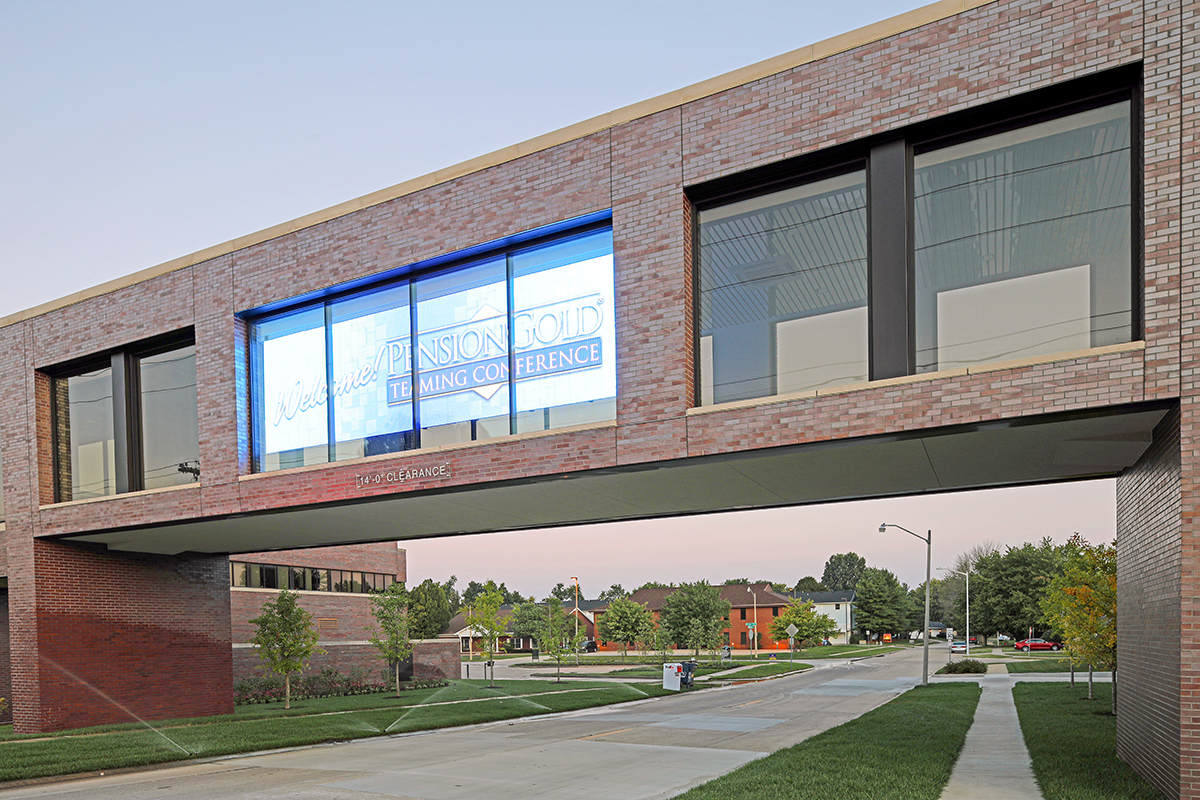 Architect David Steckel of Steckel Parker Architects has had a long-standing relationship with LRS founder Dick Levi, so he has watched the company’s campus evolve over several decades. With its primary headquarters in Springfield, the company currently has more than 800 employees working in offices across the country and the globe.

According to vice president Greg Matthews, LRS needed a design that would accommodate a growing workforce, improve ADA compliance and provide working spaces that improve departmental efficiency. “When we started the project three years ago we had 300 employees, knowing that we would soon be adding 50 more in Springfield,” Matthews said.

Steckel worked with Resource One to design collaborative space configured around working office pods, all outfitted with variable height desks, a game room, green space to work outside and even a bocce ball court to compliment the half-mile perimeter walking loop and fitness facilities that LRS has made a priority for healthy work-life balance.

the property, which is adjacent to residential neighborhoods, Steckel said. The innovative design allowed for an array of solar panels, and a third skywalk of compatible materials and style integrated into the design, so that all buildings on the campus are connected.

The exterior brick that was used on the first building is still being manufactured, according to Steckel. “In the end, there is a real cohesive look, so you don’t know if each building is from the decade of the 1980s, 1990s or 2000s,” he said.

Even before the required cultural resource survey was done at the location, just west of the St John’s Children’s Hospital at 400 N. Ninth St., document records showed its historic significance related to Springfield’s 1908 Race Riot.  According to Erica Johnson, communications manager for Hospital Sisters Health Systems, St. John’s parent organization worked with community leaders and the NAACP to respect the site and the role of the hospital in the community’s historic past. A memorial has been erected in the entry to pay tribute to the hospital sisters who offered refuge and commitment to care for black and white victims of the race riot alike. Award-winning sculptural artist Preston Jackson was selected to create the visual memorialization, depicting the historic wards where, “they set aside all prejudice, antagonism and hatred,” to serve the wounded.

St. John’s construction manager Scott Semple explained, “The archeological and geological investigative study drove the siting of the building and the parking garage.”  Because the skywalk, which was fabricated by Selvaggio Steel, crosses a state road, it also took collaboration between Illinois Department of Transportation and the City of Springfield.

Around the time the skywalk was being erected, there was a tragic collapse at a construction site in Florida, which sparked public alarm about safety. “Though that was a different type of building, it raised awareness and we intentionally took safety precautions, assembling most of the skybridge tube on the ground before raising it into place,” said Semple.

The new 85,000-square-foot clinic, which was designed by Kahler Slater of Milwaukee, houses outpatient services for children, with colorful activity areas and soft touches designed to appeal to families. Last year’s façade restyling of St. John’s Children’s Hospital across the street incorporated a glass curtain wall to integrate with the new steel and glass skybridge connector, which was designed by Berner-Schober Architects of Green Bay, Wisconsin.

In addition, a historic smokestack tower which had been used since the 1900s, was recently removed. “The project actually became an updating and beautification effort for the Ninth Street corridor, with new landscaping and structural facelift at the south end of the complex,” said Semple. 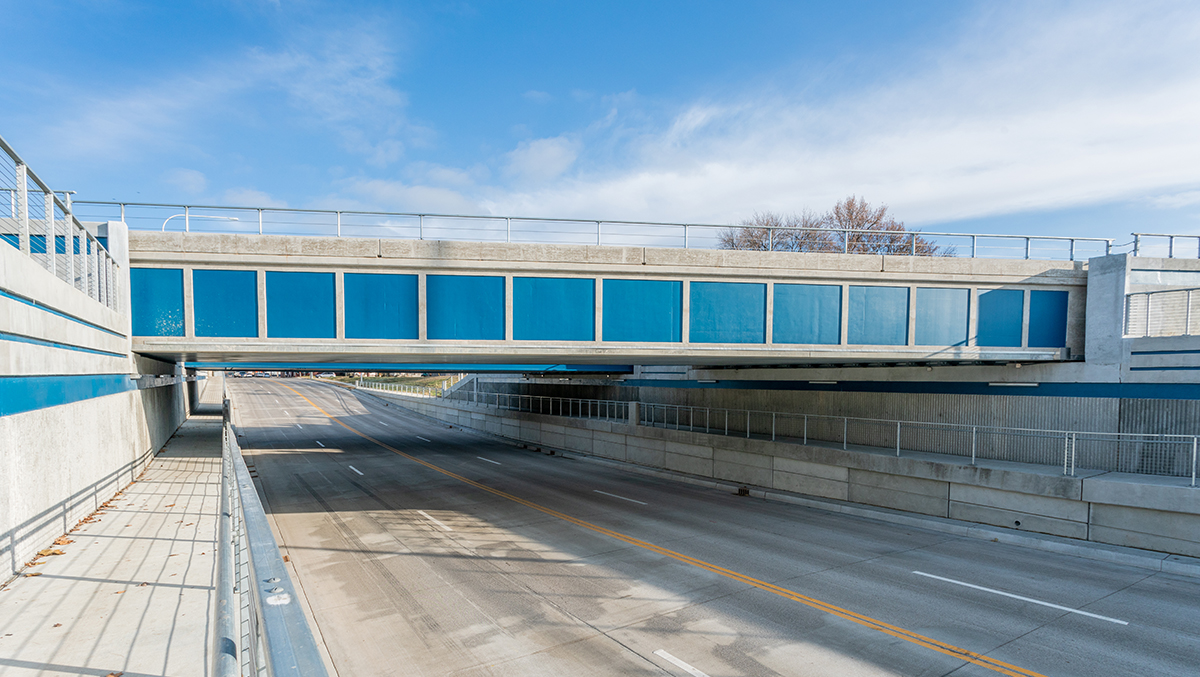 Planning and design of the multi-phase project to construct and repair more than a dozen railroad underpasses will improve safety and traffic flow through Springfield, according to James Moll, project manager at Hanson Professional Services. With a new underpass already in service at 10th and Carpenter and another at Ash and Ninth streets, the project continues with a combination of funding from the city, IDOT, the Illinois Commerce Commission and federal funds.  Moll credits Illinois’ congressional representatives Rodney Davis, Tammy Duckworth, Dick Durbin and Darin LaHood for helping to secure federal funds and state legislators who provided revenues from the recently passed Illinois Motor Fuel Tax. The project, which is estimated to cost $315 million, is scheduled to be completed by 2025. 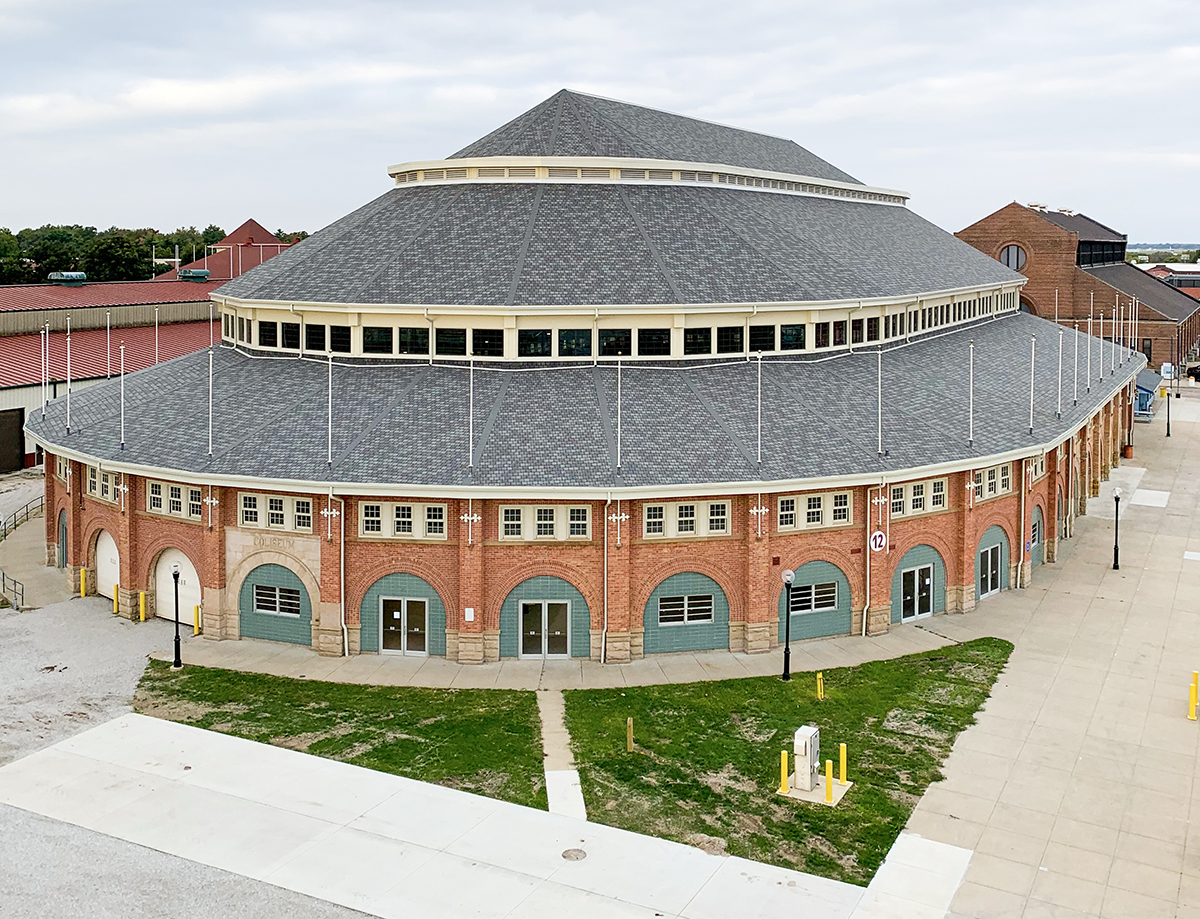 Known as the showpiece of the Illinois State Fair, the historic 1901 Coliseum building, originally designed by Illinois architectural firm Reeves and Baillie, has been refurbished to its original glory after a three-year, $12.7 million renovation.

Chicago architectural firm Bailey Edward, in collaboration with the Capital Development Board and Hanson Professional Services, focused on restoring the structural integrity of the building, including replacing the roofing system and clerestory windows. General contractor R.D. Lawrence had laborers working two shifts, six days a week to complete the building, which has been christened “The Coliseum of Champions.”

The Illinois Fairgrounds Foundation, a nonprofit foundation established in 2016 by then-Gov. Bruce Rauner, raised money for structural repairs. A second phase of renovations is planned to include heating, air conditioning and ventilation system upgrades.