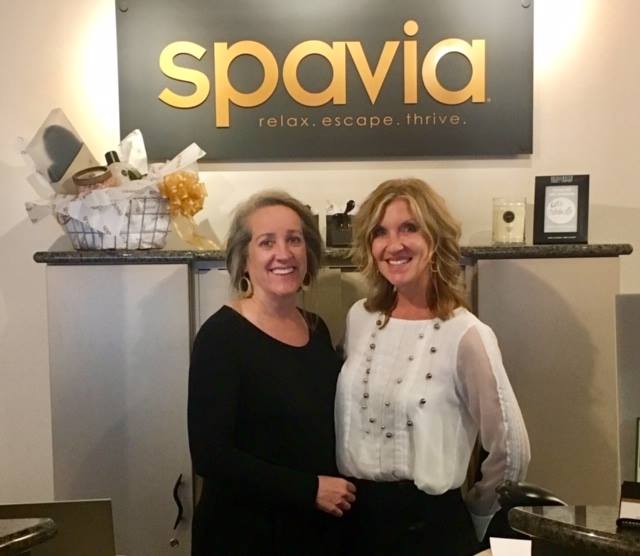 A new day spa has opened in Springfield, but the owner is already a familiar name to many in the business community. Laura Carmody was the owner of Home Instead Senior Care until she sold the business last year and then decided to pursue a new venture.

Explaining how she became interested in the industry, Carmody said, “It was actually a conversation I had with my sister. I had just finished getting a massage at one of the local clinics. She asked me how it was, and I told her I wished we had a more traditional spa in Springfield. She asked me why I didn’t open one myself, which made me think if I could find a franchise that had already created a model that worked, I could do it.”

Carmody began researching possibilities and came across Spavia, a high-end spa franchise that began in 2005 and already had one location in Illinois. The Lincoln Park location had just been voted “spa of the year” by Chicago magazine readers. Carmody said after visiting half a dozen of the current Spavia locations, she liked what she saw and decided to become the 37th Spavia location nationwide.

“We provide a customized experience for each guest,” said Carmody, noting that guests can choose everything from the lotion scent for the massage to the level of conversation desired during the treatment. “We have men’s and women’s retreat rooms so that each person can go and relax before their treatment and again afterwards. There are also rooms for couple’s massages for those that want to make it a date night, maybe have a glass of wine together after their massages.”

The Springfield Spavia is located at 3110 West Iles, in a newly constructed strip center anchored by Domino’s Pizza. The 3200 square foot facility has 17 people on staff, including five massage therapists and five estheticians.

A ribbon cutting and open house is scheduled for Thursday, Nov. 29 from 4-7 p.m.