The current trend in Springfield is for businesses to relocate to the west side, but bucking that trend is the Brown, Hay and Stephens law firm. The oldest law firm in the state of Illinois, BHS has been at the corner of Fifth and Adams streets since 1858. An original tenant of the bank building that is currently U.S. Bank, the general practice law firm will celebrate 100 years in the building in 2020.

The growing law firm needs more space than the current 18,733 square feet they have. They looked both on the west side and at other downtown buildings. “We needed 25,000 square feet. There are not a lot of options when you need that much space in one building,” said Jeffery Wilday, attorney and managing partner.

The law firm currently occupies the entire seventh and eighth floors of the bank building and a portion of the sixth. There were a few tenants on the ninth and tenth floors of the building, but the floors weren’t full. 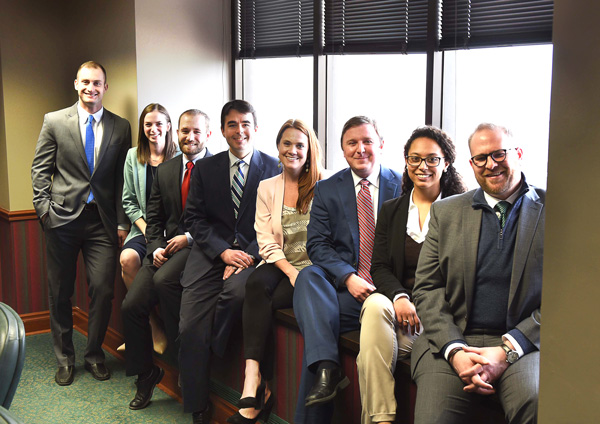 U.S. Bank was willing to work to keep their tenant in the building. “Brown, Hay and Stephens is a very successful firm and had growth needs,” U.S. Bank Regional President Mike Johnson said. “In order to continue to accommodate those, we retained all the clients in the building, but moved them to different spaces.”

BHS employs 32 attorneys and 24 legal support staff, but despite a large pool of opinions, the consensus was to stay downtown. “That was kind of a surprising thing,” Wilday said. “I thought there would be some support among the younger partners to move out west.”

The plan is for BHS to trade out the 6th and 7th floors for the 9th and 10th floors while retaining offices on the 8th floor. Construction is currently in progress and they hope to be in their new space by the end of this year. “Living through a remodeling is very disruptive,” Wilday said. “The real attractive part for us was that all that work could be going on these vacant floors up above us and then when it’s time to move, we move up into finished space.”

Brown, Hay and Stephens has been through several name changes, but a pillar of Springfield since 1828 when founder John Todd Stuart (Mary Lincoln’s cousin) hung out his shingle on the corner of Sixth and Adams streets. After working with several partners, Lincoln among them, Stuart formed a partnership with Benjamin Edwards in 1843 which lasted 42 years. They eventually set up shop in the Bunn’s Bank Building completed in 1858. It stood on the corner of Fifth and Adams streets where the U.S. Bank building is currently located. “Consisting of three floors and a basement, it was by all odds the finest business structure in Springfield,” wrote Paul Angle and Robert Howard in their history of BHS in 1978, One Hundred Fifty Years of Law.

In 1860, Christopher Brown joined the firm and there has been Brown in the name of the firm ever since. Descendants of all the founders have woven their way through the history of the firm. The firm’s growth has resulted not just from recruiting new graduates and lateral hires, but through mergers and acquisitions with other law firms. Whether to hire or keep a person depends on how compatible they are within the BHS culture. “Every firm has a different personality,” Wilday said.

Laws can change over time and the business of law changes as well. When Stuart was starting out, Sangamon County was twice as large and was just a part of the First Circuit along with seven other counties. There were no libraries and few law books. Cases were decided largely on principle and the oratory talents of the lawyers. The lawyers spent a lot of time on the road traveling to clients. 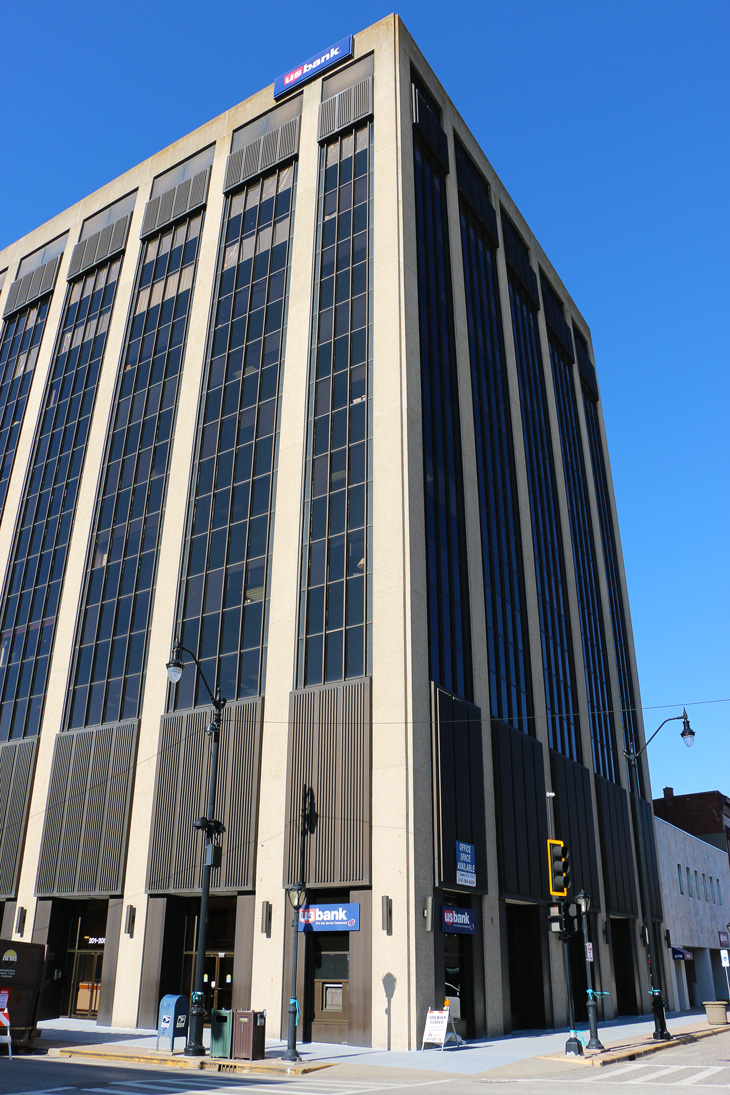 In 2020, Brown, Hay and Stephens will mark 100 years in this building at the corner of Fifth and Adams.
PHOTO/ by Stacie Lewis

Once the state became more populated and lawyers could stay in town, clients began to come to the offices of the firm. Now, even that is changing with technology. “We don’t have as many clients coming to the office as we used to. Everything is done electronically or by conference calls,” Wilday said.

In the future, Wilday predicts more legal research will be independently done online by companies who once would have reached out to a law firm.

Wilday deplores the exodus of jobs and people from downtown he says started a few years ago when Springfield lost a lot of state jobs. He hopes that BHS can set an example of keeping downtown alive.

“Things are happening downtown,” Wilday said. “These young entrepreneurs come and set up shop downtown. I think the rents are a little cheaper downtown. I hope we find these people a way to live downtown and keep the young people in Springfield.”