Phil Zinn, of Zinn Construction in Sherman, has been building homes for 15 years

When Phil Zinn takes you through his offices, there are pictures of some shiny, modern homes built with the latest and greatest in homebuilding technology.

And then, there are other houses, maybe without the bells and whistles, but with a phenomenal story to tell.

“I bought two lots in Sherman on the corner of St. John’s Drive, and there’s already a house…built in the 20s, and it’s real Craftsmany,” Zinn said. “So, I tried to match it, so people think that they were all built in the same time period.”

Zinn has been building homes for over 15 years. During that time, his company has evolved to better itself.

“When we started out, all we did was residential new construction,” Zinn said. “Now we’re into complete remodels, decking, outdoor living. You know, screen rooms, three-season rooms, that kind of thing.”

A former schoolteacher, Zinn understands that for a company to grow, it needs people with expertise in a variety of different fields. As the company stretches its portfolio, Zinn is adding a new area of skill each time.

“I’ve grown by about one employee each year,” Zinn said. “When we only had three guys, there was no way we could handle new construction and remodel. We now have 14 employees in the field and two in the office.” 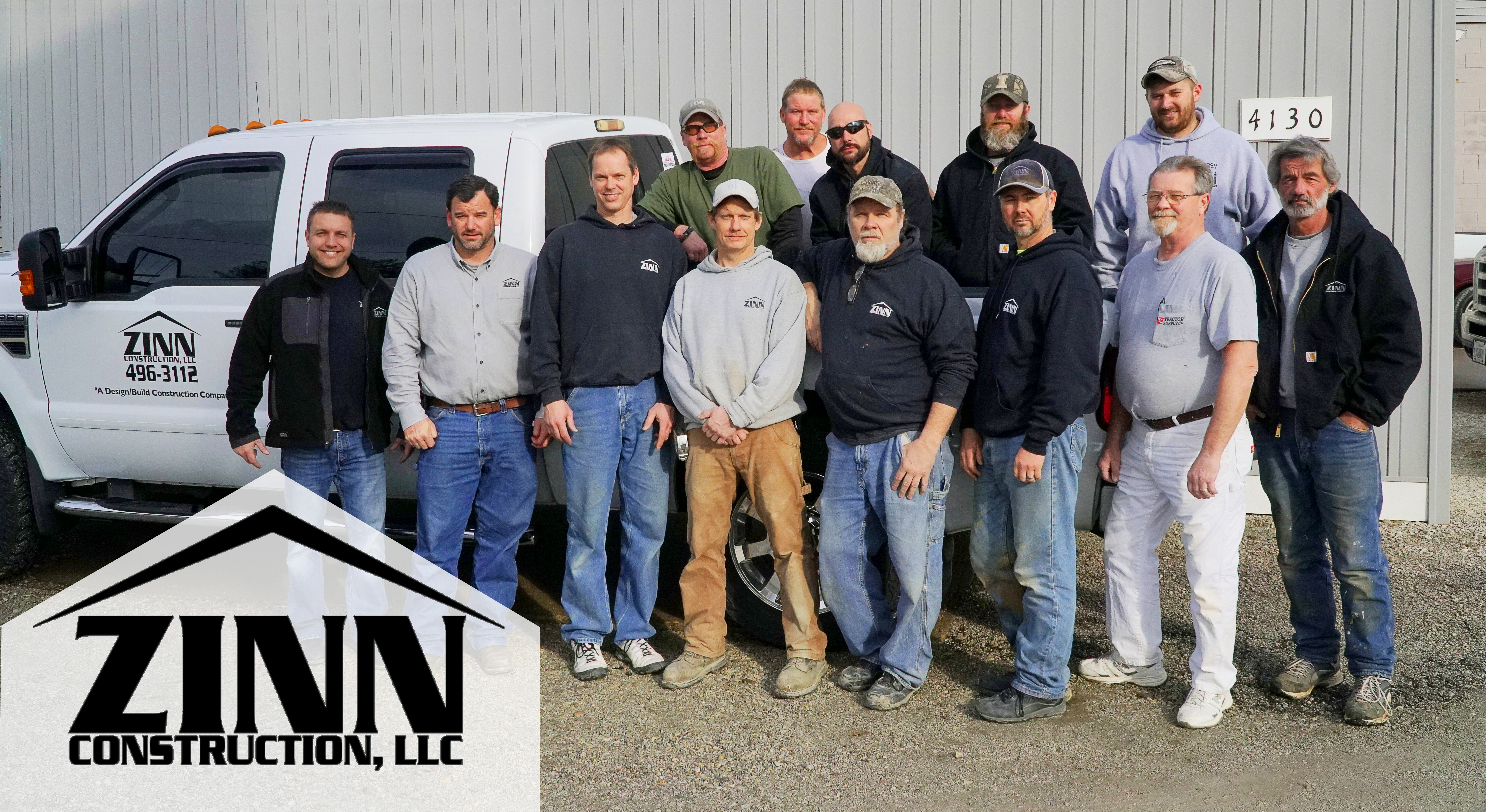 The variety of different houses is one notable quality that sets Zinn apart from other construction firms. From the small Craftsman house mentioned above, to million-dollar dream homes, to even remodels of beaten down old houses, Zinn’s group has shown the propensity to do whatever a homeowner needs.

“We keep it in-house, where we can have a little bit more control over schedule and the quality of work,” Zinn said. “We average about 10-12 (houses built) per year.”

When Zinn began his firm in 2003, the housing market was good. Unfortunately, the market began to take a downward turn.  What followed was the Great Recession, which sunk the housing market into a hole that it is just starting to get out of.

“In ’08, we dug our first house in July, which is rare,” Zinn said. “Normally, we’re digging sometime in March. We actually did a bit more remodels that year.”

Zinn sees signs of a recovery, even if there are fewer people involved in the homebuilding business today.

“It’s coming back,” Zinn said. “The volume out there isn’t quite as high, but there’s not as many builders. It has remained steady for us.”

As the economic recovery continues, more people have a desire to remodel or build a new home. Many come to Zinn for their specific needs. Those needs have also evolved over the 15 years that Zinn has been building homes.

“Back when we first started, stained trim was in,” Zinn said. “Painted trim was just starting to come on to the market.” Trim, for those not familiar with house construction lingo, are the small boards along the side of a door and on the top and bottom of walls.

Zinn also notices people are more environmentally conscious with their homes. Geothermal heating and cooling is in, along with solar panels.

One thing that isn’t in is wallpaper, although some homes do still use it.

“Wallpaper was somewhat in; it’s out now,” Zinn said. “You might wallpaper one room in a high-end house, but otherwise, wallpaper has sort of gone by the wayside.”

In terms of areas in Springfield that are likely to grow, Zinn expects the status quo to remain. Interestingly, Sherman, located north of the Springfield city limits, is becoming another housing hotspot.

“We work out of the Sherman area, so Sherman is continuing to grow,” Zinn said. “Since 2003, it’s grown by several thousand people.” In the 2010 census Sherman’s population was 4,148, and it has grown considerably since.

Zinn predicts more growth for his firm in the coming years, both in houses and in people.

“I guess if you go about five years from now, we’ll be at 20 employees, and if you go 10 years, we should be at 25 employees,” Zinn said. “You have to have the proper guys to go in and get the jobs. Over the next 5-10 years, I’m going to be looking for 3-6 lead carpenters who can run jobs, work well with others and have positive attitudes.”

Slowly but surely, Zinn has built his firm into one of the preeminent homebuilders in central Illinois. He’ll definitely have more stories to tell, no matter how big or small the project may be.