Rich Riedesel, who has been with the Sangamo Club for 24 years, has accepted a position with Illini Country Club. He currently serves as the assistant general 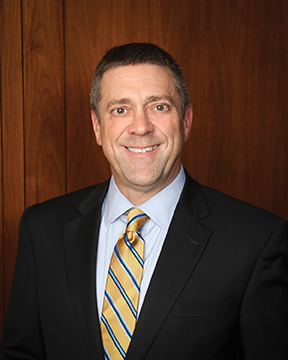 manager for Sangamo Club and his last day will be February 24.

“After I’d been back for about six months, David Radwine from the Sangamo Club called me to come over and I’ve been here ever since,” said Riedesel.

While he says it will be hard to leave after so long, he is also excited about the opportunities at Illini Country Club, where he will be the assistant clubhouse manager. “An opportunity came up, and I pursued it. I’m thrilled to be a part of a club that has more to offer,” he said, noting that Illini has a golf course, swimming pool, tennis courts, and many events, in addition to the restaurant. “I’ve appreciated my 24 years at the Sangamo Club and am thrilled to go to Illini Country Club for a place that will allow me to continue to grow.”

David Radwine retired from the Sangamo Club in 2014 and his successor, Emily Becker, served as general manager until moving out of state in May of last year. Riedesel became the interim general manager during the process of searching for a replacement. The current general manager, Doug Holtz, is part of a consulting firm from Scottsdale, Arizona, and was brought in for a 90 day contract to help evaluate the operations of the club and provide recommendations before resuming the search for a long-term general manager.

In the meantime, Riedesel says he’s come full circle. “My first job was bussing tables at Illini. It’s always had a warm place in my heart.”