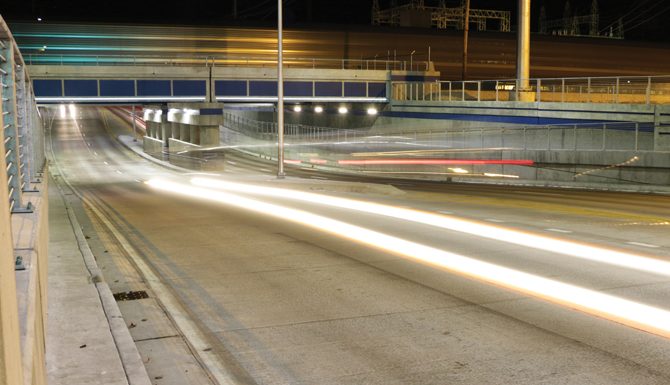 The Carpenter Street underpass, built as part of the rail relocation, opened to traffic last year. Photo by Patrick Yeagle.

The money, which comes from two grants, will help pay for two new underpasses along the 10th Street rail corridor.

Funding for the Laurel and Ash underpasses is secure, but officials are still working to secure funding for the remaining usable segments. The rail relocation project is separate from efforts to upgrade crossing guards along the Third Street rail corridor, and officials say improving that corridor doesn’t endanger an eventual move to 10th Street.

“A goal of our community since the 1920s, it will allow the city to finally reduce the negative impacts of the rail corridors on the quality of life in Springfield and enhance economic growth in our downtown and in the Medical District,” Langfelder said. “We look forward to our continued partnership with our legislative leaders, IDOT and the FRA in completion of the 10th Street corridor.”