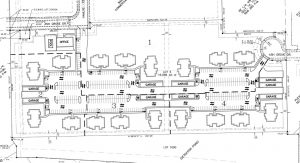 The apartments would be located at 4700 Ash Grove Drive and would include 17 apartment buildings with 12 units each.

Springfield developer Corky Joyner is spearheading the project. Joyner is also responsible for a handful of retail strip centers, storage developments and at least one other apartment complex built in Springfield over the past year.

Neither change would have affected the Pleasant Park Apartments project, which would occupy about 15 acres of land. However, Joyner urged the city council to adopt the acreage change in May, saying projects already go through a separate but substantially similar process through the city’s building and zoning department.

Correction: Pleasant Park Apartments is on first reading for tonight’s Springfield City Council meeting, not final action. The article has been corrected to reflect that.