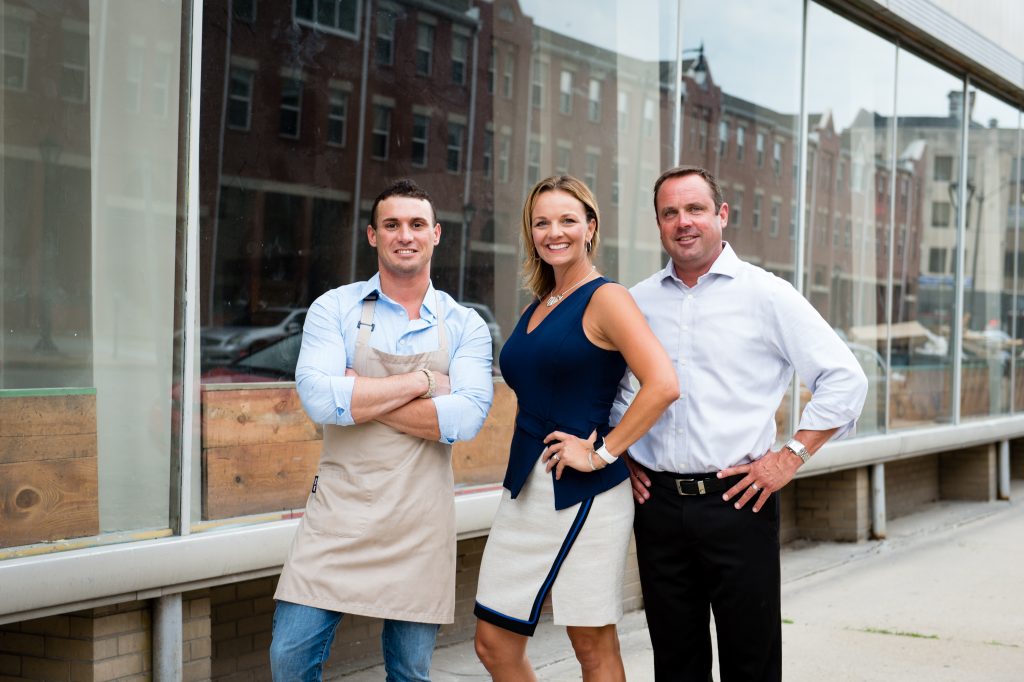 A new Italian restaurant is slated to open later this year in the downtown space formerly occupied by the now-closed Café Brio.

VELE – pronounced VayLay – will offer southern coastal Italian cuisine like seafood, pastas and steaks when it opens later this summer or early fall.

The name is Italian for “blank canvas,” says Nichole Sperry, one of the owners.

“Our chef, Justin Richardson, envisions a “blank canvas” of possibilities as he develops an ever-changing menu drawn from not only his Italian heritage and culinary studies in Italy, but also his classical French training – French precision, modern Italian influence,” Sperry said.

Besides being the chef, Richardson is part owner of the restaurant with Sperry and her husband, Dan.

Sperry says the interior is being remodeled to pay homage to Café Brio by combining its rustic elements with a modern, industrial vibe.

“The entire interior has been freshly painted, including the intricate tray ceilings from 1906 and the 18-foot vertical walls,” Sperry said. “The street facade is being restored to its early 1924 design when it was Coe’s Bookstore. We are replacing all the cooking equipment and installing a garde manger station for prepping cold plates.”

The project is a passion for each of the owners, Sperry says.

“As businessman, designer and chef, we are each bringing a different aspect to the table, literally,” she said. “We are huge advocates of supporting and promoting locally-owned, independent restaurants, and we want to play a part to increase the economic and cultural vitality in downtown Springfield. Our hope is to deliver a satisfying, meaningful dining experience unlike something Springfield has ever seen.”