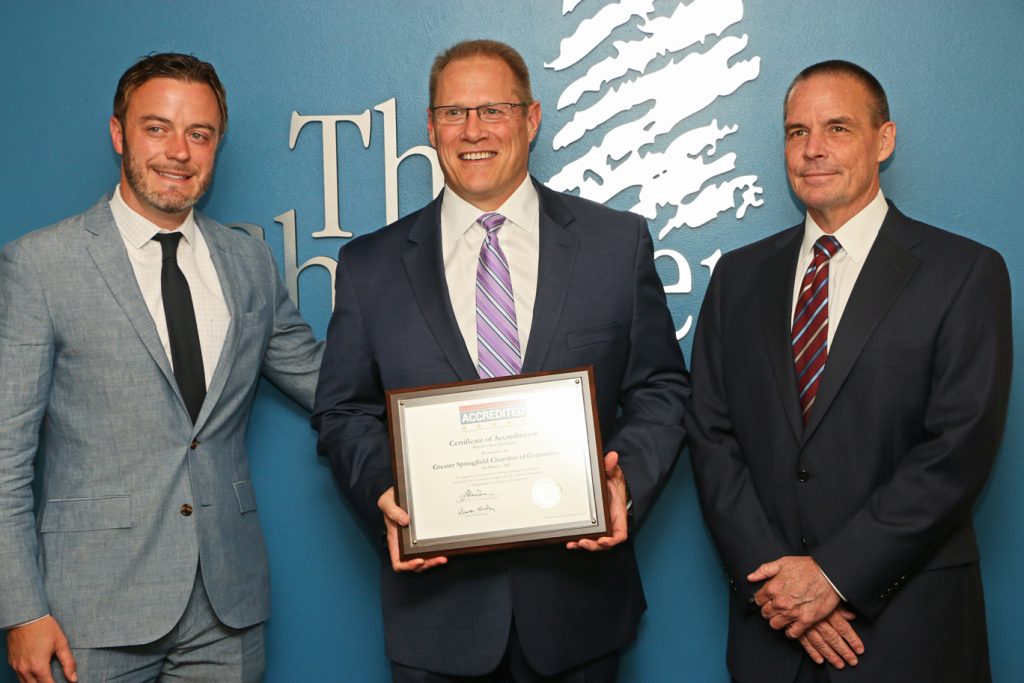 The accreditation amounts to an endorsement of the Springfield Chamber’s management and mission, and it’s the second time the chamber has earned the designation.

“I kind of like to think of it as our Good Housekeeping seal of approval,” said Ben Taylor, executive director of Congressional and public affairs for the U.S. Chamber’s Great Lakes region.

Taylor says there are about 7,022 chambers of commerce in the U.S., but only about 222 have earned any level of accreditation from three to five stars. Only 105 chambers across the country have earned the five-star accreditation. Earning it involves six to nine months of intense scrutiny, examining a chamber’s financial management, governance, use of technology, advocacy on behalf of businesses, and other measures.

“There are only a handful (of chambers) that are even accredited in Illinois,” Taylor said, adding that the Greater Springfield Chamber of Commerce may be the only one with accreditation south of Interstate 80.

Taylor likens the accreditation process to an evaluation of how a political candidate “walks the walk” after being elected.

“This means that what you said on the election stump, you’re really actually doing,” he said.

Chris Hembrough, president and CEO of the Greater Springfield Chamber of Commerce, says seeking the highest level of accreditation, which lasts five years, gives the Springfield Chamber an opportunity to demonstrate its worth to members and potential members.

“It really speaks to the value of both the services we provide and the advocacy we provide on behalf of our members,” he said, adding that the Springfield Chamber’s economic development partnerships with the City of Springfield and Sangamon County earned especially high marks during the evaluation process.

“In some ways, it’s a pat on the back,” he said. “But also, for those who wonder about what the chamber does, ours is one of the top in the country. We represent our community and serve it well.”