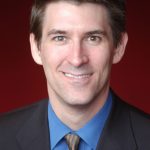 Bryan Rives will lead Sangamon Auditorium at the University of Illinois Springfield as the venue’s next director.

Rives is transitioning into the role as current director Robert Vaughn prepares to retire at the beginning of October.

“I am excited to be returning to the great state of Illinois,” said Rives, who most recently served as tour manager and company manager at Talmi Entertainment where he was responsible for the USA/Canada Moscow Ballet Nutcracker Tour.

Rives’ previous experience in Illinois came as director of event services at Southern Illinois University Carbondale from 2007 to 2011, when he oversaw the department of SIU Event Services.

“The University of Illinois Springfield’s Sangamon Auditorium is not only a beautiful venue for the campus and greater metro area, but the current director and staff have put together a fantastic season of events for the upcoming year which I expect will bring out record attendance,” Rives said. “Continuing to schedule great seasons of diverse events and ensuring there is something for everyone at UIS’s Sangamon Auditorium is something I am very much looking forward to.”

Among other roles, Rives has previously worked as COO for the Michigan Opera Theatre and Detroit Opera House, director of the James H. Whiting Auditorium in Flint, Michigan, executive director of the Blanche M. Touhill Performing Arts Center at the University of Missouri – St. Louis, and general manager at the Indiana University Auditorium.

“The search committee was impressed with Mr. Rives’ vision for the future and his ideas for utilizing new technology resources to lead the auditorium to even higher levels of engagement with faculty, staff, students, patrons and donors,” said James Ermatinger, interim vice chancellor for academic affairs and provost at the University of Illinois Springfield.

Rives will be director designate during a transitional period from July 3 to September 30. He will assume the director title on October 1.

By sbjadmin|May 31st, 2017|Categories: News, People on the Move|0 Comments