The charity golf event in Springfield is part of the Web.com Tour of the PGA.

“This is a great opportunity to showcase our turf product technologies right in our hometown,” said Bill Engel, vice president for Brandt.

The event is to be held at Panther Creek Country Club on June 19-25.

“We are excited to have the opportunity to showcase a local company doing cutting edge research and development on turf products,” said Greg Willman, grounds
superintendent at Panther Creek. 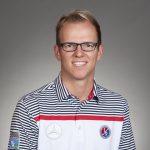 “I’m excited about the opportunity to compete in the Lincoln Land Charity Championship for the first time and exploring Central Illinois as I’ve heard great things about the area,” Paul said. 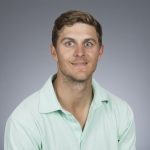 William Kropp of Edmond, Oklahoma, has played professional golf since 2013, including in the PGA Tour Latinoamérica.

“I’m looking forward to playing in the Lincoln Land Charity Championship on the Web.com Tour in a few weeks,” Kropp said. “I have heard great things about Panther Creek and the people of Springfield in their support of this event.”

“Our galleries will enjoy watching these two dynamic golfers,” she said, “and we are delighted that they will be here in the Land of Lincoln.”

On May 16, the Springfield City Council approved $30,000 in city funding to help promote the event.