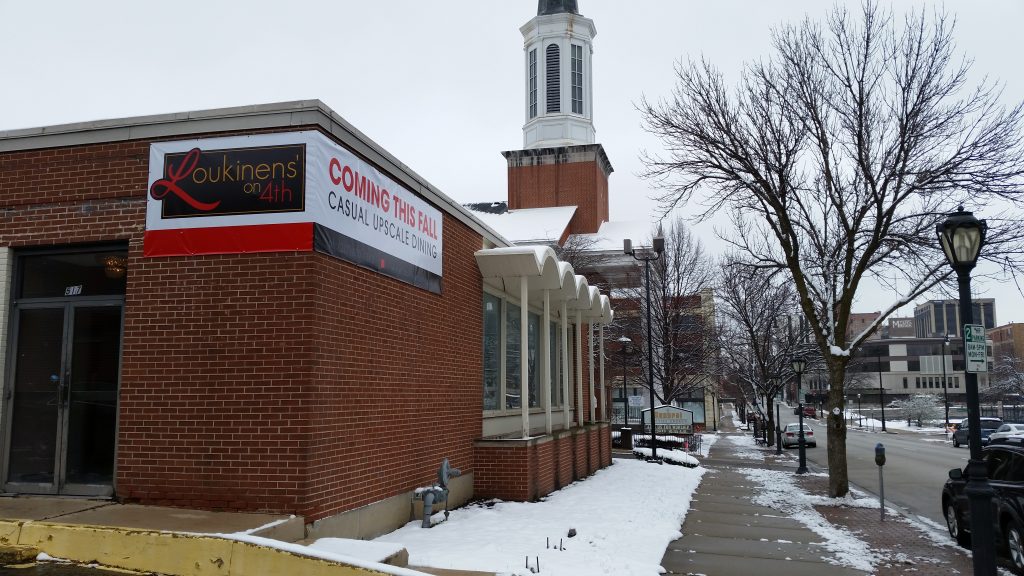 A new restaurant is slated to open this fall across Fourth Street from the Illinois Executive Mansion.

Keith and Laurie Loukinen plan to open Loukinen’s on 4th at 517 S. Fourth St. later this year. They describe the restaurant as “casual upscale” dining made with local, seasonal ingredients.

“Our vision for Loukinens’ is a casual comfortable gathering place with exceptionally delicious dishes and outstanding service,” said Keith Loukinen. “By striving to serve our community and visitors from all over the country, we will aspire to serve the most succulent foods you’ll ever eat.”

Laurie Loukinen has been broker and owner of Capital Commercial Properties since 2001 and has service and management experience in the restaurant industry dating back to 1987. Keith Loukinen has served as the director of food and beverage and as executive chef at the Wyndham City Centre ,where he co-created Nick & Nino’s Penthouse Steakhouse and the Grille at City Centre.

“Additionally, Keith brings to this new venture extensive culinary development from venues such as The Breakers, Pier 66, Adam’s Mark Hotels in Florida and Texas, and Hilton Hotels in Maryland and Illinois,” according to a press release. “He is the recipient of OpenTable Diners’ Choice awards from 2013 to 2016.”

The building which will house Loukinen’s on 4th is currently being renovated and will eventually seat 66 people in the dining room, with another 30 seats available in the lounge and a private meeting space on the lower level.