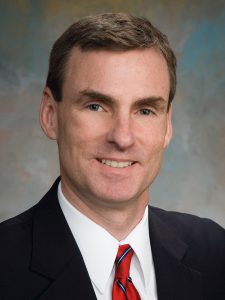 The announcement marks the first time that the Springfield engineering firm has appointed an in-house attorney.

Hollahan joined Hanson in 2008. He previous served as a captain in the U.S. Marine Corps, as a helicopter pilot during Operation Desert Storm and later as a judge advocate general for the Illinois National Guard. He most recently worked as section chief for land acquisition and property management and as a special assistant chief counsel for the Illinois Department of Transportation. His prior role at Hanson was as a land acquisition project manager.

According a press release announcing the appointment, Hollahan will advise Hanson in “corporate strategic and tactical legal initiatives, provide senior management with advice on company strategies and implementation and obtain and oversee the work of outside counsel.” Hollahan has been registered to practice law in Illinois since 1997.

“Dennis is a natural choice for us,” said Sergio “Satch” Pecori, Hanson’s chairman and CEO. “His experience from private practice, the military and our in-house land acquisition management will serve us well.”