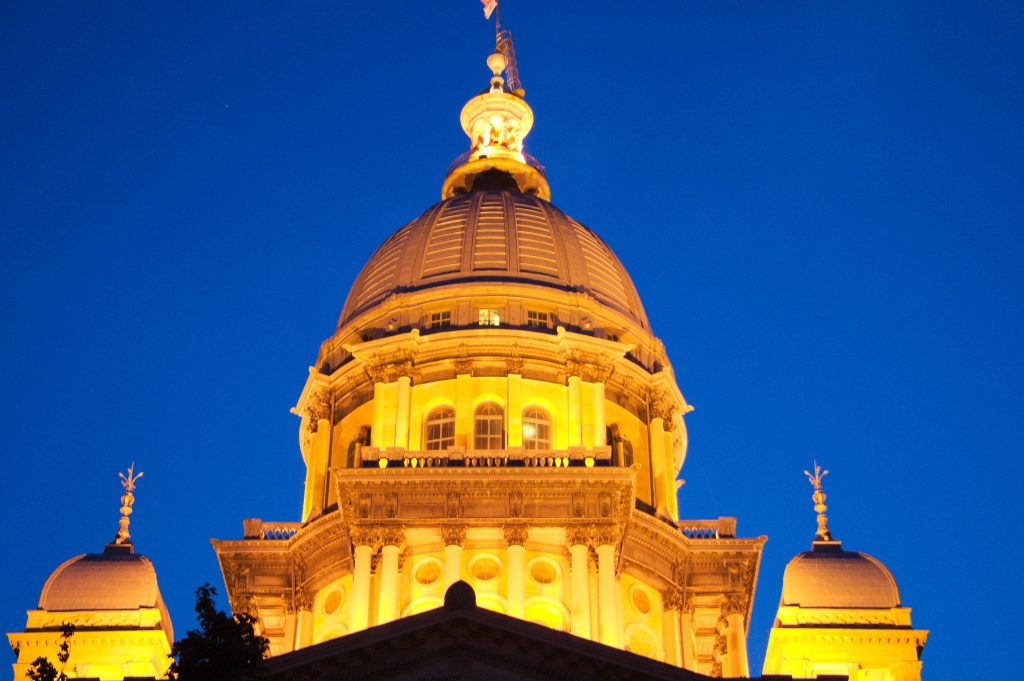 Illinois lawmakers are drawing closer to a “grand bargain” on the state budget crisis, despite the defeat today of one bill in the bargain package.

Three of the 13 bills in the package passed the Illinois Senate today, while a fourth was defeated. However, the defeated bill may be reconsidered, and the grand bargain is “still alive,” according to John Patterson, spokesman for Illinois Senate President John Cullerton.

“The overall deal remains under construction,” Patterson said. “Today, we began the process of getting the balanced budget and reform package approved. We took a few important steps forward, and we also learned that more works needs to be done. The Senate president has already talked to the Republican leader, and we’ll see what steps we can take to regain momentum and hopefully deliver a long-overdue balanced budget plan.”

The three bills which passed today are:
–Senate Bill 3, a bill to facilitate consolidation of certain local units of government.

–Senate Bill 8, a bill to change how Illinois buys or “procures” supplies and services.

–Senate Bill 10, a bill allowing “home-rule” municipalities like Springfield to sell or transfer their share of state revenues.

The defeated bill, Senate Bill 11, would have changed state employee pensions under a “consideration” model meant to pass the constitutional scrutiny of the Illinois Supreme Court. Patterson says the language of that bill will be inserted into a new bill, which allows it to be voted on again.

If any bill in the grand bargain package doesn’t pass, the other bills in the package don’t take effect. If the new version of SB11 passes, Patterson says the previously passed bills would be recalled and amended to account for the new bill number.