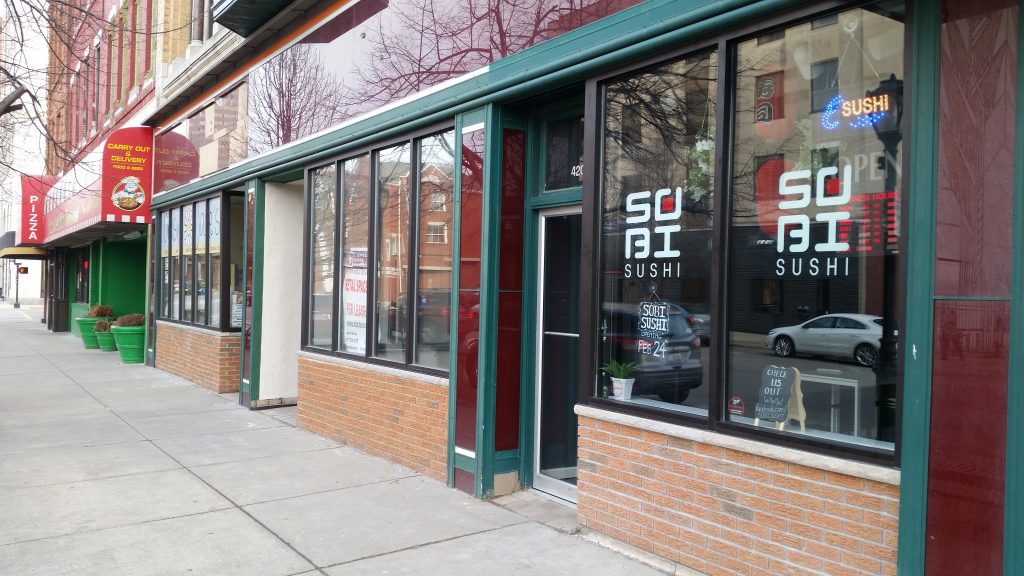 Sobi Sushi is slated to open downtown on Feb. 24.

A new sushi shop is opening downtown later this month, hoping to cater to the lunch crowd.

Sobi Sushi will open on Feb. 24 at 420 E. Monroe St. Owner Tuyen Nguyen says she decided to open downtown because she saw a lack of restaurants in that area serving Asian fusion and sushi during lunch time.

The restaurant will be mostly carry-out, with limited seating for diners, Nguyen said. She says she loves going downtown to Custom Cup Coffee, and she hopes to bring more people downtown – especially state workers.

Nguyen says the role of chef will be filled by her younger brother, who has been a sushi chef for about five years – including at a popular Rhode Island restaurant known as The Oar. Nguyen hopes to bring “a new feel and new style” to sushi.

Sobi is the most recent business to open in the 400 block of East Monroe Street, where Giuseppe and Rosa Gallina, owners of Joe Gallina’s Pizza & Restaurant, have purchased and begun renovating the buildings at 420 and 416 E. Monroe St. Combined, the two buildings present five storefronts, two of which have been filled since the Gallinas’ purchase in late 2015. The other business to open in that strip is Daisy Jane’s, which offers art, jewelry and gifts.

Sobi Sushi will be the second sushi restaurant downtown, preceded last year by Stop and Roll sushi shop around the corner at 210 S. Fifth St.