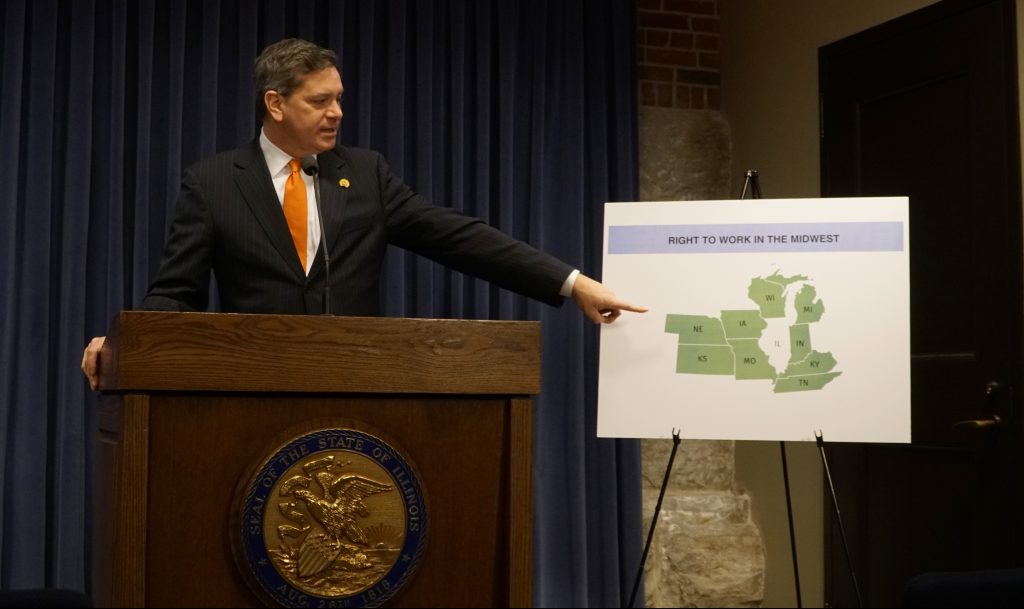 Todd Maisch, president and CEO of the Illinois Chamber of Commerce, supported Missouri’s enactment of right-to-work, saying it was “good news” for Missouri’s people and their economy. Other states may consider adopting a right-to-work status after reviewing other states’ experience with its implementation, he said.

“Right to work” refers to eliminating mandatory union dues and membership in workplaces with a unionized staff. Proponents say it frees workers from extra cost and membership in a group with which they may not agree. Opponents say it allows non-union workers to benefit from the union’s negotiations with an employer, without paying their fair share of the union’s costs. In states which do require union membership, employees can typically choose to pay a “fair share” due which is less than the full membership due and which can’t be used for political purposes.

According to Maisch, Illinois can continue to be competitive with the surrounding states without adopting a right-to-work initiative, but he urged lawmakers to embrace other pro-growth policies to boost Illinois’ economy.

“Illinois has enough natural advantages that those other states need right-to-work to compete with us,” Maisch said. “We can lead the Midwest in economic growth without being right-to-work.”