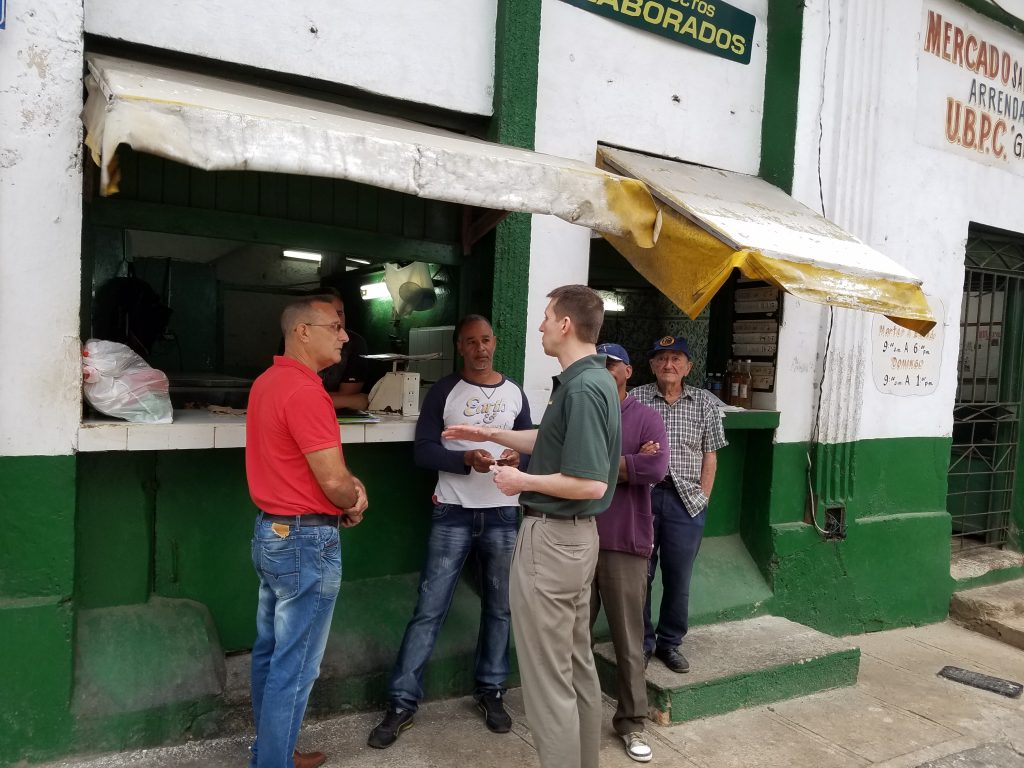 The Illinois agriculture industry is crossing its fingers that Congress will expand U.S. trade with Cuba. A bill to do just that is pending in the legislature, and Illinois could receive a huge boost in business opportunities if the bill becomes law.

Nestor Gutierrez, a Cuban immigrant and owner of Buena Vista Farms in Jacksonville, thinks that improved trade relations with Cuba would create opportunities for the Caribbean island whose land has been decimated by five major hurricanes and three tropical storms since 2008, causing serious crop failure and a reliance on food imports. But Gutierrez has reservations about ending the U.S. embargo to increase trade because of Cuba’s inability to consistently pay for imports from other countries.

“There is opportunity, but in the long-term, they can’t pay for it,” Gutierrez said.

Since having fled the communist country during the Castro regime, Gutierrez has visited the island five times and occasionally sends money to family members still living in Cuba. At times, there is a shortage of food on the island that makes it difficult for residents to plan meals.

“I send 20 dollars to family members in Cuba and they spend it in the black market for whatever they need,” Gutierrez said. “Sometimes there are no potatoes.”

Illinois is able to engage in limited trade with Cuba under the Trade Sanctions Reform and Export Enhancement Act (TSRA), a federal program enacted in 2000 that allows trade of certain U.S. agricultural and medical products.

Illinois is the largest producer of soybeans in the U.S., and an estimated 20 percent of corn and soy sent to Cuba comes from Illinois farms, according to the Illinois Farm Bureau and the Illinois Soybean Association. 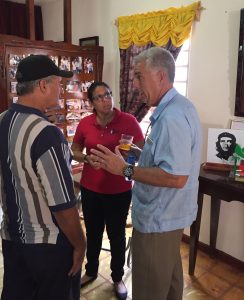 Doug Schroeder of the Illinois Soybean Growers asks Omar Barroso with the help of a translator about Cuban farming practices. Barroso is a farmer and the president of the Cooperative of Production Agriculture (CPA) called Niceto Pérez. Photo courtesy of Illinois Soybean Association.

“Even though we have a close proximity to Cuba, our logistical advantage is diminished because the embargo does not allow us to bring backhauls from Cuba,”said Mark Albertson, director of strategic market development at the Illinois Soybean Growers. “When the ships come back empty, it is like we are paying for freight twice.”

Congress is considering legislation which would remove financial restrictions for agricultural products bound for Cuba. It would allow private U.S. agriculture businesses to offer credit to independent Cuban farmers instead of requiring the Cuban government to pay in cash before receiving a shipment. The embargo is often blamed for the U.S. being uncompetitive, in comparison with other countries which don’t require Cuba to pay in cash.

“Illinois farmers are seeking a level playing field to be able to compete in global markets,” Albertson said.

Parr Rosson, an economist at Texas A&M University, told the U.S. Senate in 2015 that U.S. agricultural exports to Cuba could exceed $1 billion annually if trade regulations are loosened.

In 1999, former Gov. George Ryan led the first delegation to Cuba since the 1959 Revolution to help end the embargo and to encourage agricultural trade relations between Cuba and Illinois.

In 2013, the Illinois General Assembly called for an end to the embargo and created the Illinois Cuba Working Group (ICWG), an advocacy group whose mission is to strengthen trade relations with Cuba. Paul Johnson, executive director of ICWG, said Illinois farmers have been pushing for more trade with Cuba for 20 years.

“They want to have a new relationship with Cuba,” he said.

Monica Stabile is an editorial intern at the Springfield Business Journal. She is pursuing her master’s degree in Public Affairs Reporting at the University of Illinois Springfield.