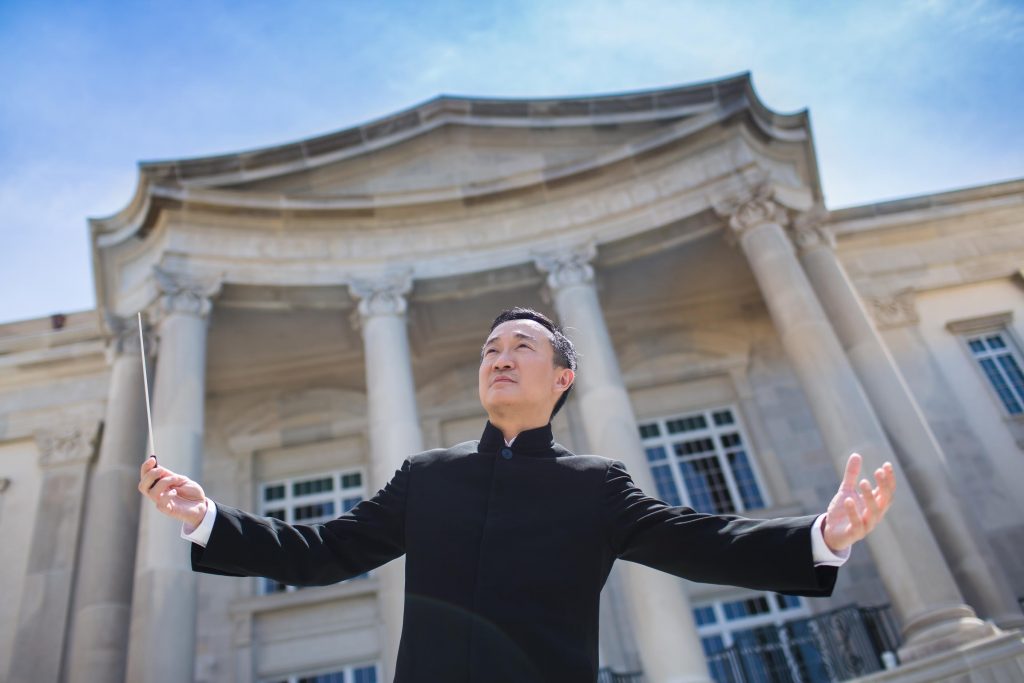 Growing up in Hong Kong, Ken Lam was exposed to music at a young age. It’s common there for children to learn how to play many instruments, which Lam partly attributes to Hong Kong’s limited space.

“We aren’t terribly good at sports,” he said with a laugh.

Lam would go on to a successful career as an attorney at the world’s largest law firm, but his love for music eventually led him to become a music director. He now directs the Charleston Symphony Orchestra in South Carolina, and he’s one of four candidates to take over as music director for the Illinois Symphony Orchestra. Lam is scheduled to lead the ISO at a performance in Springfield on Feb. 24.

Although Lam considered a career in music as a young man, he says his “very traditional” parents urged him to seek a more steady career.

“They said music was best as a hobby, and I heeded their advice,” Lam said.

While studying economics at St. John’s College, University of Cambridge, Lam continued his love affair with music by playing violin.  He says he enjoyed performing so much that he decided to stay in school an extra year. Lam says he chose to study law at that point because “my friends who studied law were interesting people.”

Lam’s legal career led him to London, where he worked at the world’s largest law firm coordinating international business deals for 10 years. He says the job took him around the world, but he laughs as he describes being “locked in the basement of a law office for two weeks” every time a deal required his expertise.

Several other attorneys at the law firm were musically inclined, often performing with prominent groups in addition to their legal careers. Lam himself began to conduct on the side, but he says he finally had to make a choice.

“Working at a law firm is incompatible with having any sort of life outside of the law,” he said. “I thought, ‘Maybe I should take a break and give conducting a chance.’ ”

Lam moved to the United States to attend the prestigious Peabody Conservatory at The Johns Hopkins University in Baltimore, but what was supposed to be a temporary hiatus from the law turned into a second career spanning a decade. 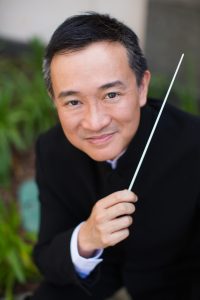 Lam says he took many lessons from his law career when he made the switch.

“On the face of it, people think law and music are so different, but the truth is if you think about what we do as lawyers, we have to deal with a lot of people,” Lam said. “We deal with clients, negotiate, present, argue and do a lot of things to convince other people of what we think is right. If you look at what a conductor does with an orchestra, it’s really like our instrument. The key difference is that an orchestra is 80 to 90 human beings. It’s very similar to managing people in a big law firm.”

However, Lam says being a conductor is more than just managing people; it’s a matter of leadership.

“You’re not just telling them ‘too fast’ or ‘too slow,’ ” he said. “It is a lot of times about how to motivate them. You want an orchestra that wants to give its best, and they can do it technically, but it’s about whether they want to. Any leader must convince their subjects to go along with the vision and give their best. That is learned not from a position of leadership but from a position of serving. When you get a sense of what it’s like to serve, you learn to lead.”

Lam says the most rewarding aspect of being a music director is sharing the joy of music with other people.

“It’s really quite wonderful,” he said. “Music does bring people together. When you look out on the audience and the orchestra, you see people of all different shapes, sizes and colors, but we all experience the same thing. When you share an experience with another person, it creates something common between you. It’s important to not lose sight of that.”

Lam is one of four candidates to replace the Illinois Symphony Orchestra’s former music director Alastair Willis, who stepped down from his role last year. Lam is scheduled to lead the ISO on Feb. 24 in Springfield, presenting Beethoven’s “Prometheus: Overture” violin concerto and Jean Sibelius’ “Symphony No. 2.” The performance features Dutch violinist Simone Lamsma.

Sibelius, who was Finnish, composed his second of seven popular symphonies while traveling in Italy in 1901. Lam describes the piece as triumphant and hopeful, noting that it has been appropriated by Sibelius’ fellow Fins as a symbol of their struggle for independence from Russia.

“That’s interesting because this symphony is a happy one,” Lam said. “One can’t listen to Sibelius without picturing the landscape of the North.”

Lam has actually led the ISO twice before – once late last year as a finalist in the music director search, and once in 2011, during ISO’s previous search for a music director. Although Lam wasn’t a candidate at that time, another conductor had to bow out of her opportunity to lead the orchestra because she went into labor on the eve of the performance. Lam stepped in to replace her with just one day’s notice.

“I had such a nice time,” he recalls. “Of course, you always wonder if you had another opportunity with more notice what you could accomplish. I was grateful they remembered me and asked me to return.”

For tickets to the Illinois Symphony Orchestra performance on Feb. 24, call 206-6160 or visit http://purchase.tickets.com/buy/TicketPurchase?pid=8316652.