JOIN US FOR THIS EVENT AT THE ELIJAH ILES HOUSE

Admission: Guests are asked to make a donation to Historic Preservation Fund, CFLL.

The reception is to benefit the Historic Preservation Fund of the Community Foundation.

This year’s grant to Enos Park Neighborhood Improvement Association is the fifth annual award from the CFLL Historic Preservation Fund.

The CFLL Historic Preservation Fund is an endowment fund at the Community Foundation for the Land of Lincoln that assists nonprofit organizations in funding historic preservation projects in Springfield, Illinois. It was established by a Community Foundation board resolution in 2008 in coordination with an initial contribution from excess funds following the rededication celebration of the Illinois Old State Capitol Building upon its 40th anniversary. Past recipients include Elijah Iles House Foundation, Springfield Art Association, Downtown Springfield, Inc., and The Greater Springfield Chamber of Commerce Foundation.

Local nonprofits can apply for the competitive CFLL Historic Preservation Fund grant award in July of each year. Charities should watch the Community Foundation’s website www.CFLL.org for the next round of applications and sign up online to receive alerts when funding opportunities are available. 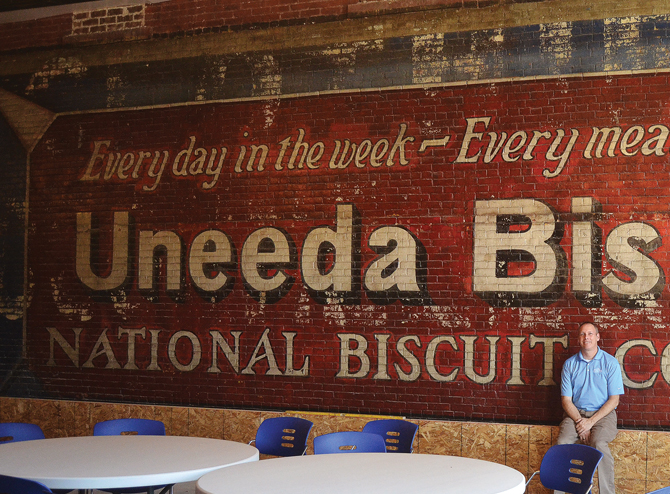 After the north branch of the Lincoln Library closed, the building deteriorated and mold plagued the building at 719 North Grand Avenue East, which was still full of books and other materials. However, Don Goodenow acquired the building from the city due to its proximity to his insurance office. “I had no plans for the building,” he said, but as Goodenow Insurance expanded, the space fit the bill for a new headquarters. “It’s great how things worked out,” he said. Renovation work took three years, and he completely gutted the inside. He’s pleased to be recognized for the hard work that he has put into restoring it. “It’s kind of cool,” he said. He and his staff moved onto the premises in April. 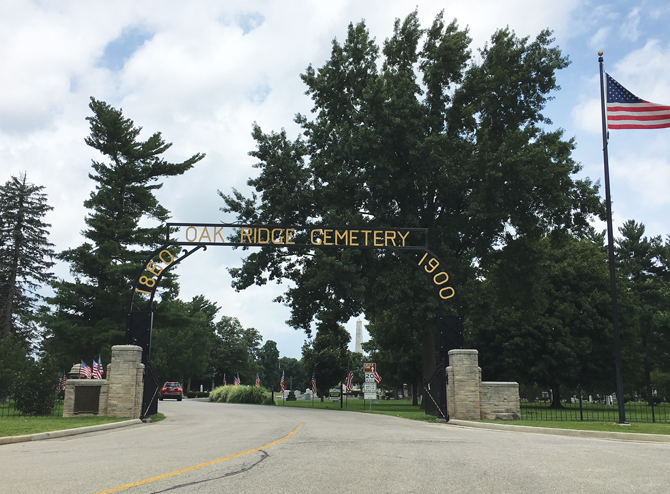 The Oak Ridge Cemetery Foundation was created in 2012 to help raise funds to restore the original entrance to Oak Ridge Cemetery. “There was no way to use the entrance the way it was,” said president Jen Aholt of Springfield, who was pleased and excited to share the news with the cemetery’s board of directors. “It was an eyesore.” The original gates had been closed since around 1904, and executive director Mike Lelys helped spearhead the restoration effort. The foundation continues to undertake restoration projects and recently restored the bell tower in the heart of the cemetery, across from the receiving vault. 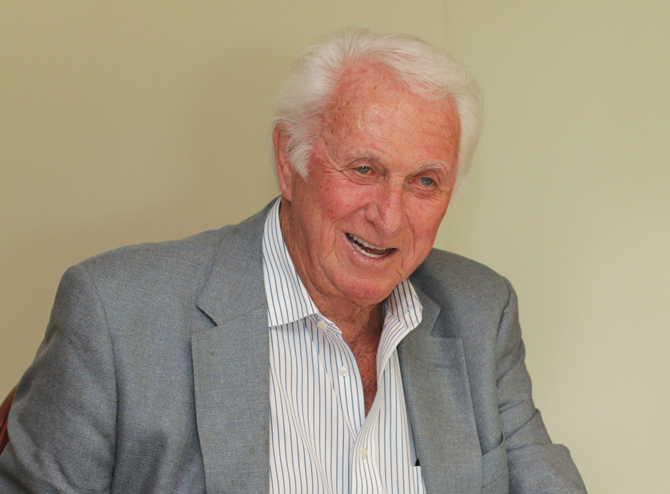 Long time local Realtor John B. Clark and his wife recently bought a condo at The Town House, 718 S. Seventh St. However, when they learned there was no homeowners association in their Old Aristocracy Hill neighborhood, they decided to start one. “Homeowners associations help neighborhoods,” said Clark, who was surprised to learn he was being honored for his neighborhood preservation efforts. Everyone he spoke with was excited about the project, which also surprised him – he didn’t think people would be interested. He is now looking for volunteers to get it started. “I’m doing this for the neighborhood,” he said. 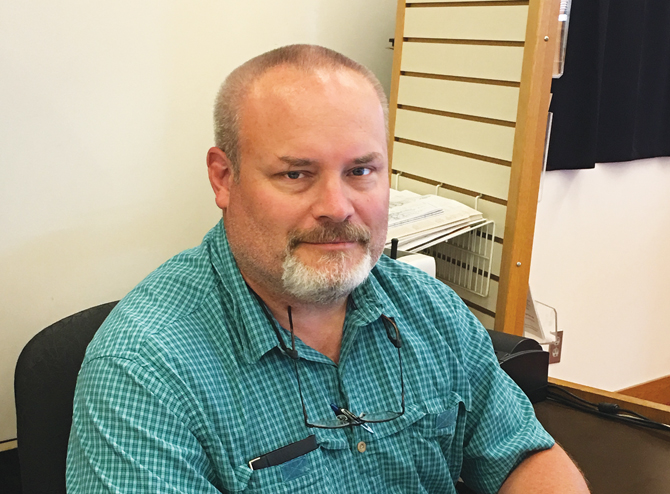 “The Sangamon Valley Collection is a unique resource,” said Curtis Mann, who has been the collection’s manager for 12 years.  Long recognized by the preservation community for his work, he wants to make people aware of what is here. “We’re known for our collection of materials,” he said. He was delighted to be recognized for the work that they do, and said it’s important to preserve the history of the city. The photographs, maps and histories document what life was like in Springfield. He plans on digitizing the material in the collection so more people will have access to it. 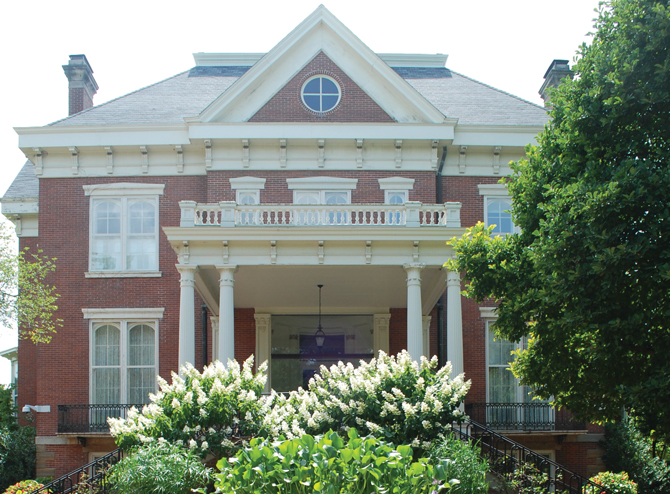 First founded in 1972, the Illinois Executive Mansion Association was jumpstarted in 2015 and is currently raising private funds for a $15 million restoration campaign. The first phase was recently completed, and the second phase is now underway.  “We are honored to receive this award on behalf of the work of the Illinois Executive Mansion Association. For more than 150 years, the building has been witness to the state’s history. By preserving the building, we are ensuring its storied legacy can endure and Illinoisans can continue to learn from it in the future,” wrote chairwoman Diana Rauner. 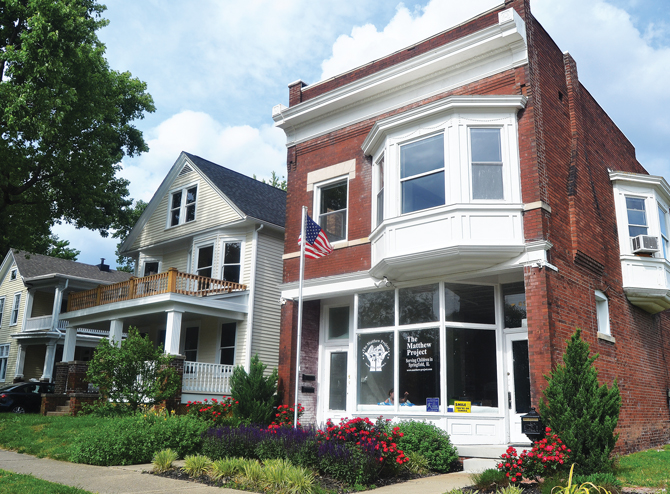 Ann Libri and her friend, Lisa Thiele, were running The Matthew Project – a nonprofit that works with homeless students from District 186 – out of their homes. When her husband, Tony, returned home from Afghanistan, he began buying property on Eighth Street, one block south of the Lincoln Home Neighborhood, which included the home that is the current location of The Matthew Project. “It was a big, beautiful old building,” said Ann. Together, they saw the building’s potential and spent two years renovating it. They are honored to be recognized for their efforts. “It was something to do for our community,” they said, adding that the block is a national treasure.

Private Effort for the Preservation of an Historic Structure or Structures that Includes Residential Use
917 N. 6th Street
Lakeisha Purchase and Courtney Williams 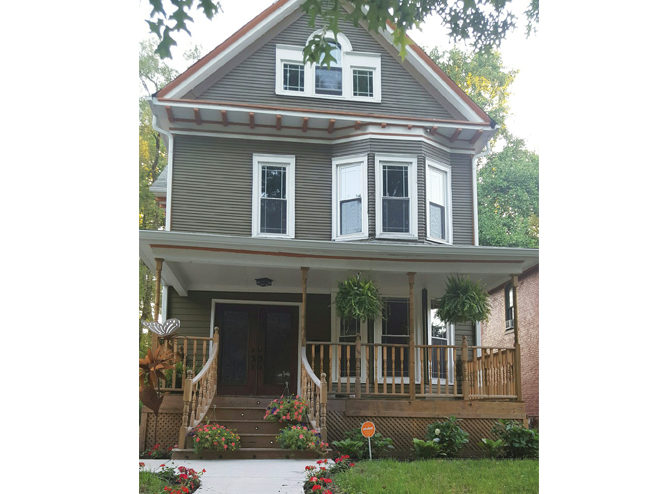 Lakeisha Purchase and Courtney Williams buy, renovate and sell houses. “We have a passion for fixing up houses,” said Purchase. When a friend told her about the Enos Park property, she saw its potential. The couple bought the distressed property in May 2015 and gutted it. Renovations were completed in four and a half months, and they moved in that September. She was surprised to learn about the award. “I felt really humbled,” she said. “It’s nice to be recognized.” This is the third home they have renovated in Enos Park, and Purchase also serves on the board of directors for the Enos Park Neighborhood Improvement Association.

Special thanks to the Springfield Historic Sites Commission for serving as this year’s awards jury.