HICKORY POINT BANK ANNOUNCES APPOINTMENT OF STUART W. BROEREN TO THE BOARD OF DIRECTORS OF THE BANK

Home/News/Business News/HICKORY POINT BANK ANNOUNCES APPOINTMENT OF STUART W. BROEREN TO THE BOARD OF DIRECTORS OF THE BANK
Previous Next

HICKORY POINT BANK ANNOUNCES APPOINTMENT OF STUART W. BROEREN TO THE BOARD OF DIRECTORS OF THE BANK 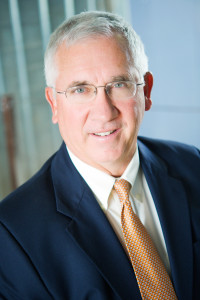 Hickory Point Bank has announced that Stuart W. Broeren has been appointed to the Bank’s Board of
Directors. Chairman of the Board, Douglas J. Schmalz commented, “Stu recognizes the value a
community bank like ours can deliver to its clients and its communities, and is enthusiastic about the
opportunity to serve families, businesses and institutions in central Illinois as a member of Hickory Point
Bank’s Board of Directors.”
Steve Tock, Community President stated, “Stu Broeren is a respected businessman and entrepreneur. We
are pleased that he will now become a part of the Hickory Point Bank team.”
Mr. Broeren has founded several successful companies, and serves as President and CEO of BroerenRusso
Construction Inc., President of Broeren-Russo Builders of Florida, LLC and as President of Prairie
Steel Services Inc., a wholly owned subsidiary of Broeren-Russo Construction Inc. He has served two terms
as President of Central Illinois Builders Chapter of the Associated General Contractors of America (AGC);
has served as a Trustee on the International Association of Ironworkers Health, Welfare and Pension Fund;
and as a National Director of the AGC of America.
As an active community leader, Mr. Broeren has served in a leadership capacity for a variety of service
organizations including the United Way, YMCA, Champaign Park District, Don Moyer Boys and Girls Club,
and Developmental Services of Champaign County. He is a member of World Presidents Organization,
Provena Covenant Foundation, the University of Illinois Foundation, and Carle Foundation.
A lifelong central Illinois resident, he is married to Dr. Anita J. Broeren. Mr. Broeren holds a Bachelor of
Science degree in Finance, and is licensed as an Illinois Real Estate Broker.